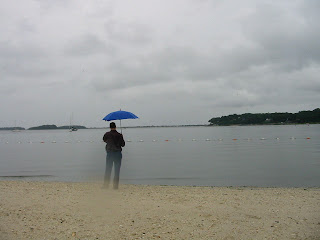 Last week I took my husband to yoga at a local studio. It has been a project in the making for almost a decade. For years our conversations went something like this.

"So what do you think, do you want to join me this week, just one class - no harm in trying it." I would ask.

"Well, no not really, its just so slow. I need something else, something faster, and something that doesn't involve all that meditating. Its just not my thing."

As I journeyed through years of spiritual practices of various kind (yoga and otherwise) and explored pathways in self development, ranging from the mundane psycho-therapy to the EST off shoot Landmark Education to reading countless books on everything from Buddhism, Kabbalah and countless new age philosophies, my husband would mildly invest his interest and then revert back to focus on the more "practical matters at hand."

For me, self -exploration was an exciting adventure into the unknown within, and a great mental exercise at that. The spiritual benefits were perks, but the process itself was the fun part. For my husband, the “whole spiritual thing” was interesting to watch as a bystander, but clearly not something he had much time or patience for. I adored him for always appreciating my curiosity, but questioned his persistence in the distance he maintained in his own inquiry. I accepted that he was on his own path, and that wherever he was at on his journey, was exactly where he was suppose to be (even though it would be a heck of a lot more fun, if it was closer to where I was at).As of late, things have changed.

It seems as if something inside of my husband is shifting. Perhaps its part of simply getting older, perhaps its him going through career changes, perhaps its the influence of my persistent soul searching, but as of late it is clear that some switch inside of him has turned all the lights on and although he isn't quite clear what it all means, he is excited by the possibility of what it holds, as am I.

"I feel like I am at the beginning, of some entirely new phase of life, its almost as if I am discovering who I am all over again." he told me one morning.

“We need to focus on every moment we have with these kids, its all moving so fast.”
He said the other day out of nowhere.

He has been calling his mother overseas a lot more and even connecting with his sister for long chats. He goes on walks with our five year old and has long talk with her as well. For a man in a lot of action and is generally of few words, he certainly seems to be talking a lot more, and in an entirely different way.

The other night he drove to the beach down the road, alone, to think. I catch him lost in thought a lot even when we are together. I don’t know what it is that is drifting through his mind – but I get a sense that he is in the midst of a fairly private process. And yet with all these new moments of deep inner search I also see him smiling differently. He listens differently. He is more exposed and available.
Last night he went to yoga by himself. This is something I never could have imagined happening, years ago. He was excited to leave on his own and was motivated to get out the door and get there on time. He returned with a big smile on his face.

“I feel really good. Why in the world did I resist going for so long? Do you remember?” He asked

“Really? It’s really hard though. My body feels so different.” He said. I just thought to myself, that he feels different in many ways, at least to me.

Later last night, we went out for a bite and left the kids with the sitter. As we sat sipping a drink and eating our grilled octopus at the local Argentinean place, the conversation drifted back to yoga again.

“You know I had a vision in class today. I saw myself at 65 and being really healthy and strong. I was really happy about that “ he said somewhat non-chalantly.

“Exciting. This is very good news. I guess you might be keeping it up then” Was all I said. I am still treading lightly. He works best with a zero pressure approach.

I think he is very right. He is at the beginning of a new phase in life. On some level we both are. I can empathize with where he is at, I have been there before myself – those moments in life, when perception shifts and you begin to redefine your own definition. I remember it feeling like the first day of kindergarten – excitement and fear mixed in one. In some way this new headspace he is in and we are in, and this new segment of our life, is perhaps the first time that it feels that we are on the same journey – manifesting life from within and stepping into an unknown. Yes, we are married, we share many parts of our life journey, but this is something else, this is sharing something entirely internal and almost impossible to put into words.

I love seeing him question. I love watching him unravel himself to figure it out. His new vulnerability is beautiful and exciting to me. And yet, I am saying surprisingly little about it to him; this is his moment and his process. My commentary is irrelevant in this environment.

When we got home last night and parked in the driveway, I noticed the leaves on the trees changing already. Its not even September. I was already wearing a jacket to keep the chill away.

“Look the trees are changing color. How bizarre, its still August.” I mentioned as I gazed out the window.
“The climate is shifting so fast. Everything seems somehow off center.” He replied.
“I feel off center a bit myself as of late.” I replied.
“No, we are just both at the beginning of something great, I know it, although I am not sure quite what.” He answered. I just looked over at him, without him noticing, and smiled.