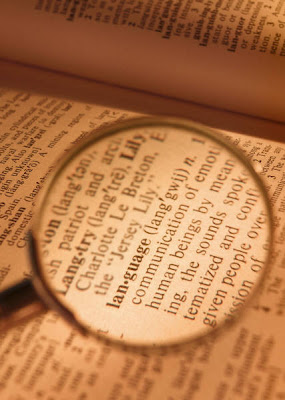 --science + technology + innovation--
As we are all keeping an eye on the extinction of species of plants and animals, we are overseeing another extinction threat; the human language.

Recent studies have concluded that half of the 7000 identified human languages will vanish by the end of the century, national and global cultures are assimilating smaller cultures. The scientific community is extremely concerned that losing this linguistic diversity will be a blow not only for cultural studies, but also for cognitive science. The only option is "to record and catalogue these languages before they disappear," say the researchers.

"There are fewer languages than there were a month or six months ago," says David Harrison of Swarthmore College in Pennsylvania. "Human languages are literally disappearing as we speak."

Harrison gives the example of the language Middle Chulym, spoken by a handful of Siberian townsfolk, all of whom are all over the age 45. Integration into Russian society has reduced the need for the language and once the last fluent speaker has , language itself will be extinct.

"What is lost when a language is lost is another world," says Stephen Anderson, of Yale University.

Researchers worry that ethnographic and cultural information disappears when a language is lost. Additionally, the loss of language creates a gap in our understanding of the variable cognitive structures of which the human brain is capable as studies of different languages reveal different ways of representing and interpreting the world. One such example would be in the study of Native American languages which have revealed a completely different understanding of the nature of time.

Documenting existing languages is vitally important for the preservation of the understanding of culture and how we acquire our working knowledge of the world. Currently language documentation initiatives are being funded by the National Endowment for the Humanities (NEH) and the National Science Foundation.

The threat of the extinction of half of the planets languages is yet another sign of the growing importance for us to honor and preserve the rich diversity (in all incarnations) of our planet.