.Op-Ed:
The Legacy of 9/11 and the Search for Humanity 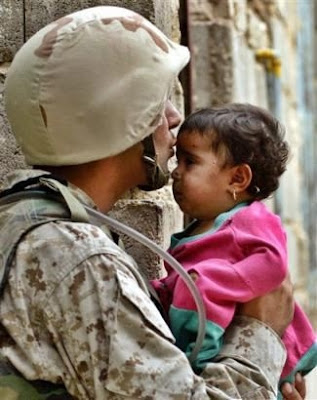 I was five months pregnant and living on the Upper West Side of Manhattan on September 11, 2001. As a resident of Manhattan for nearly two decades, the fall of the two towers felt like the loss of my limbs. My husband and I managed to leave the city for Westchester, the afternoon of the attack. By the day after, we felt compelled to return, to see what was done to our home, and to its people.

Driving down eleventh avenue on the west side we were stunned by three things; the emptiness of the streets, the tanks on the sidewalks, and the dark fog of smoke still hanging overhead. As days passed, the world united around the catastrophe. We all pained together. And in the hurt, there was comfort as the world seemed to be united in a way that I had not seen in my lifetime.

Lines outsides the Red Cross were overflowing with hours long wait to donate blood, broadcasters on television screens weeping as they interviewed family after family searching for surviving loved ones, and streets filled with candle light vigils lit up a far dimmer city than the one I came to know. I look back today, six years later to the day, and wonder what happened to our world since then.

It seems instead of channeling the deep connection we all felt in the days to follow, the forces that be turned their energy to questionable politics and policies that have ravaged an enormity of destruction that sadly overshadows the horrors of that day in September. We said we would "never forget" but the war in Iraq has hijacked our memory of that day (weather we believe that is why we are there, or not).

The events that followed have ravaged the lives of hundreds of thousands of people who either suffer from the loss of sons and daughters at war, children being raised without parents (American and Iraqi), and the destruction of two cultures - ours and the Iraqi. America, and ultimately its culture in the public eye, regardless of who you ask ( in pro-war or anti-war camp), has fallen from grace in the eyes of so many in our global community. How did it happen? How did that moment in time, when we were so united get turned into a world so divided?

Today, as I reflect on that sad day in history, I am reminded that there is no solution ever in destruction. We can only bring about change through the humanity within us all. We can not fix what has been done, but we can learn from the choices we have witnessed. We can also make choices that will respond positively, humanely, and consciously on the current state of the world. In thinking about this, I remember our youngest victims, the children of the war.

Perhaps today, as we can reflect on 9/11, we can find a way to give back some of the humanity that the war has taken, and help those who will have to carry the legacy of our choices.

Below is a list of several charities aiding children of the war: