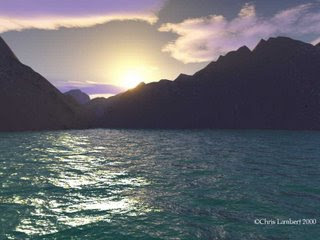 In every lifetime, throughout all time, humans have witnessed progress. Our prehistoric selves probably witnessed advents relevant to their time; maybe a new way to throw a rock to loosen up fruit from the tree, or a more efficient means to spear a wild boar for dinner. Innovation and evolution are a constant. Some period’s bear witness to seismic shifts; ones that create a fundamental cultural paradigm shift. Weather it is the discovery of new lands across vast oceans in the 15th century, the advent of the automobile in the early twentieth century, or the invention of the atom bomb in the mid twentieth century, certain developments alter our perception of what is possible in the world, for the good or bad, and alter the shape of our cultural identity.
I believe in this lifetime we have already witnessed several such developments, including; the birth of the internet and the explosion of the communications industry which made information as accesible as air, the women rights movement which infused the female perspective into the social psyche in nearly all chambers of society, the civil rights movement which blatently tore to shreds the inequalities of the races in the modern world, and the gay rights movement which has altered the mass consciousness on accepted lifestyles-to just name a few. We are not progressing culturally based on new discoveries of what is “out there,” in as much as we are progressing on discovering “what is in there,” (in our inner self and how that connects to others). Even technological innovation, such as the internet, grew as a result of its ability to link humans to one another.

What is interesting to me is that the developments of this lifetime all seem to be resonating on the same concept of “connection.” There is no question that we have lifetimes to go before we reach any real humanistic level of connection, but we are still on a very good path. The stats point to this reality; people are becoming more spiritual (or religious) and in turn becoming more connected to themselves, people are caring more about our planet and seeing the interconnectedness of all life on earth, people are becoming more conscious of how they parent and how they honor that unit that they are connected to, people are waking up to the suffering in the world (the million of poverty stricken, ill and abandoned humans), and trying to make a difference because they realize that we can not disconnect from our fellow man without paying a price. Those that remain unaware of these developments are simply on the heels of the inevitable.

I am optimistic about the world at the moment, as a human and as a parent. I see the promise. I believe in the power of the human to survive – look how far we made it, and only by our wit (as science has countless times pointed out). In the grim world of headlines, I see only one true story – we (in increasingly growing numbers) are struggling to be just, to be fair, and to constantly tip the scales back to a place where we all can go to sleep at night knowing we did our best to leave the world a better place. And if our ideas differ on this, our intention does not. It is a time to see the possibility and to recognize we are at the beginning of a new dawn.