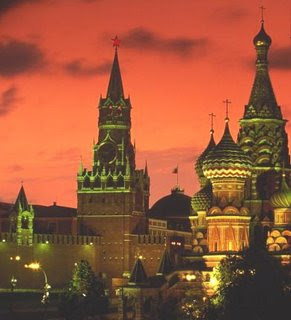 In a surprising, if not entirely reliable predictor, the economists at Germany Allianz Insurance and Dresdner Bank concluded that based on recent studies Russian is outpacing the US, UK, and Germany in "securing a long term economic and environmental future."

The study examined a cross section of eighteen nations, with Russia landing sixth in overall performance. The organizations used five predictors deriving their analysis, with Russian making high marks in three of the five categories, including good performance on public debt and net borrowing balance. And although Russia fared poorly on their ecological development because of their painfully high CO2 emission, their strong fiscal record outweighed this vital factor.

The economists heading the study admitted that the results were not entirely reliable predictors as they were driven almost entirely by Russia's impressive oil and gas reserves and the overwhelming rise in energy prices in recent years that boosted the country's finances. The reality of theses questionable findings is that any decline in the price of oil will teeter Russia's rank.

Other findings of the study placed Sweden as a top sustainability performer followed by Austria. Of the eighteen nations examined the US fell behind even China (13th) and India (16th) - both notorious culprits in their contribution to global warming.