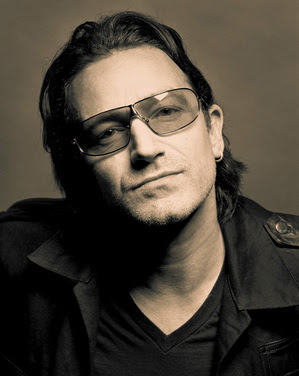 Bono (U2 lead singer) and activist, and DATA (Debt, AIDS, Trade, Africa)the advocacy organization he co-founded to combat poverty and disease in Africa, were presented with the National Constitution Center's 2007 Liberty Medal last night for their groundbreaking work in raising awareness about and spurring a global response to the crisis of AIDS and extreme poverty in Africa.

Bono and DATA accepted the prestigious Medal and its accompanying $100,000 prize in a public ceremony at 7:00 p.m. at the National Constitution Center in Historic Philadelphia. All of the prize money will be donated to DATA.

Established in 2002 by Bono, Bobby Shriver and Jamie Drummond, along with other activists from the Jubilee 2000 Drop the Debt Campaign, DATA 's mission is to eradicate extreme poverty and HIV/AIDS in Africa. DATA works with the world's wealthiest nations - the United States, U.K., Germany, France, Canada, Italy and Japan - to adopt new aid and trade policies that will help Africans put themselves on the path to long-term prosperity and stability. DATA also works with African leaders to support strengthened democracy, accountability and transparency in government so that Africa's citizens can ensure this assistance is being effectively deployed.

In 2005, DATA and campaigners around the world helped persuade the G8 to reach an unprecedented agreement that included $25 billion in additional development assistance for Africa by 2010, broad debt cancellation, universal access to education, near universal access to AIDS and malaria treatment and prevention. DATA is monitoring the G8's progress on keeping these commitments and holding government leaders to public account. If kept, these promises will save millions of lives and mark a turning point in the West's relationship with Africa.


Past Recipients of the Liberty Medal