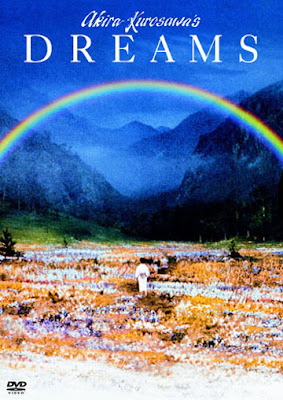 Akira Kurosawa is a cinematic legend regarded as one of the greatest directors of all time. His career spanning over half a century includes films such as "The Seven Samurai," "Ran" and "Rashomon" which are required viewing for anyone even mildly considering a career in film.

In "Dreams, " Kurosawa, had the producing assistance of two other legends, George Lucas and Steven Spielberg (with a cameo appearance by Martin Scorsese). Dreams is a deeply personal meditation on the dire effects of war, and a desperate plea for for humankind to harmonize with nature. The film is a compilation of eight stories which act as a parables. The result is an utterly gorgeous viewing experience that is destined to leave you delighted while at the same time wondering about the state of our world.

"Dreams" is available on DVD at Amzon.com