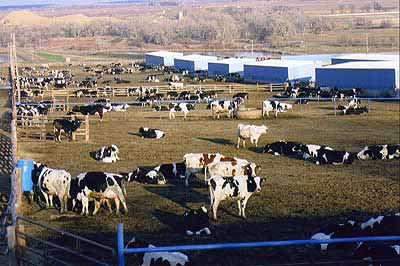 The organic industry and consumers alike are disturbed by the recent news of a massive class action suit brought up on behalf of food consumers in 27 states against the nations largest organic dairy company, Aurora Dairy Corp. The suit charges the Boulder, Colorado company with consumer fraud, negligence and unjust enrichment of their organic milk.

This is the largest scandal in the history of the organic industry," said Mark Kastel of The Cornucopia Institute, a Wisconsin-based farm policy research group. Cornucopia was the first to alert the USDA of Aurora's improprieties.

"Aurora was taking advantage of the consumer's good will in the marketplace toward organics," Kastel added.

The specific claims by investigators at the USDA asserted that five dairy facilities in Colorado and Texas (each milking thousands of cows) had 14 "willful" organic violations. The second, and even more disturbing charge, was that between December 5, 2003, to April 16, 2007, the company had "labeled and represented milk as organically produced, when the milk was not produced and handled in accordance with the National Organic Program regulations."

Aurora generated some $100 million in annual sales, by selling organic store-brand products to some of the nation's biggest chains, including Wal-Mart, Target, Costco, Safeway, Wild Oats, and about 20 others. This news is sure concern to consumers about the reliability of other organic products increasingly sold at such large retailers.

"We believe that there are tens of thousands of consumers across the United States who have been directly impacted by Aurora's practices," said Ronnie Cummins of the Organic Consumers Association. "We are pleased to see this legal action. We will do what we can to ensure that organic continues to mean organic," Cummins added.

For more information go to www.cornucopia.org.