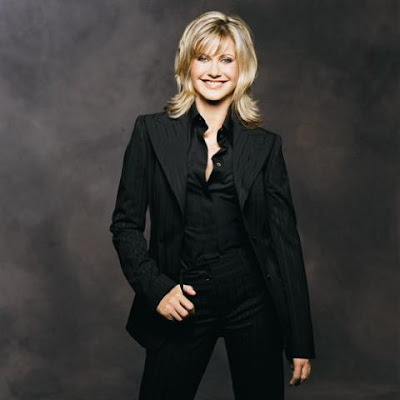 Lightbridge Media, the creators and producers of the Healing Quest television series airing on PBS stations across the country,announced today that music and film icon Olivia Newton-John will join the series as a co-host beginning with January 2008 episodes.

Olivia Newton-John will join Judy Brooks and Roy Walkenhorst, the founder of Lightbridge Media, and Healing Quest's current on-air hosts, to deliver thought provoking programming that inspires, informs and empowers consumers to take responsibility for their health and well-being. In addition to her on-air work, she will serve as a producer-at-large with the organization across multiple media channels, in addition to writing and recording new music for Healing Quest.

Olivia was connected to Lightbridge Media through her work with Deepak Chopra who is an active advisor to our Company and an on-air contributor to our TV series for the last two seasons. The show additionally features other notable integrative medicine experts such as Andrew Weil, Joan Borysenko and Dr. Memet Oz.

Ms. Newton-John, who battled with cancer in the 1990's stated:

"So many wonderful integrative therapies are available nowadays, whether it is to stay healthy or use when you're going through an illness. When I was sick with cancer I did it all: I went through the traditional protocols of surgery and chemotherapy -- the Western medicine route -- which I combined with other therapies such as homeopathy, acupuncture, massage, meditation and yoga to give myself every chance of recovery. It felt really empowering to take control this way by contributing to my own recovery."

Headquartered in the Sonoma, California, Lightbridge Media is an early-stage cross-media and lifestyle company founded by media veterans Roy Walkenhorst and Judy Brooks. The Company is developing its Healing Quest(C) branded TV series into a powerful cross-media, social networking and merchandising leader in the wellness space.