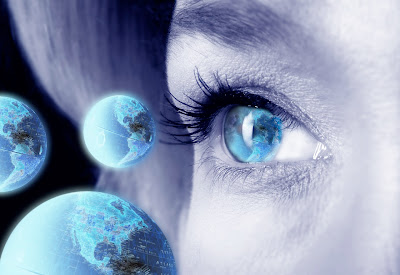 --science + technology + innovation--
Live Science recently released a list of the top ten environmental technologies on the horizon. Some ideas seem to be conceivable, while others seem to be in the "pie in the sky" scope of thought. Exciting is the range of what is possible, from turkey poop used for energy to digital paper which almost magically delivers the morning paper anew each day, on the same sheet. Regardless of which of these ideas we will see come to market, it is exciting to see ideas that seem boundless in their scope.

10. Reusable Digital Paper
Electronic paper with flexible display that looks similar to real paper, but can be reused over and over. The display is composed of microcapsules filled with particles that carry electric charges bonded to a steel foil. Depending on the charge applied, different patterns appear. You can get your New York Time anew daily, on the same sheet.

9. Burying CO2 Emissions
Injecting emission into the ground before they gets a chance to reach the atmosphere. CO2 would be separated from other emission gases, then buried in abandoned oil wells, saline reservoirs, and rocks. Scientists remain unsure whether the injected gas will actually stay underground or the long-term effects. Another barrier is the current cost associated with separation and burying ,preventing it from consideration as a realistic short-term solution.

7. Greening Our Roofs
Roof gardens help absorb heat while reducing carbon dioxide impact by taking up Co2 and giving off oxygen. In addition this technique absorbs storm water, reduces summer air conditioning usage, and provides a healthy and serene oasis for busy urban dwellers...not to mention how nice it look :)

6. Harnessing The Most Abundant Resource
Seventy percent of our planet is covered by water, a potential source of energy for those of us residing on the other 30% of the planet. Waves that could be directed to turbines, which can then turn this mechanical power into electrical. The challenge has been to effectively harness it, as sometimes the waves are too small to generate sufficient power. The solution is to to store the energy when enough mechanical power is generated. New York City's East River is now in the process of becoming the test bed for six tide-powered turbines, and Portugal's reliance on waves in a new project is expected to produce enough power for more than 1,500 homes.

5. Ocean Thermal Energy Conversion
The ocean is the biggest collector of solar energy. The U.S. Department of Energy asserts that the oceans absorb enough heat from the sun to equal the thermal energy contained in 250 billion barrels of oil each day. OTEC technologies convert the thermal energy contained in the oceans and turn it into electricity by using the temperature difference between the water's surface, which is heated, and the cold of the ocean's bottom. This difference in temperature can operate turbines that then can drive. The major shortcoming of this technology is that it's still not efficient enough to be used as a major mechanism for generating power.
4. Expanded Use, and Collection, Of Solar Energy
The sun's energy can be converted into electricity or heat. Researchers are pushing the limits to more efficiently convert this energy by concentrating solar power by using mirrors and parabolic dishes. Part of the challenge for employing solar power involves motivation and incentives from governments. In January, the state of California approved a comprehensive program that provides incentives toward solar development.

3. "H" Energy
Hydrogen fuel cell usage has been touted as a pollution-free alternative to using fossil fuels. They make water by combining hydrogen and oxygen. In the process, they generate electricity. Most recently, scientists have come up with ways to power laptops and small devices with fuel cells, and some car companies are promising that soon we'll be seeing cars that emit nothing but clean water.

2. De-Salting Our Oceans
According to the United Nations, water supply shortages will affect billions of people by the middle of this century. Desalination, basically removing the salt and minerals out of seawater, is one way to provide potable water in parts of the world where supplies are limited.

1. Make Oil From Waste
Any carbon-based waste, from turkey guts to used tires, can, by adding sufficient heat and pressure, be turned into oil through a process called thermo-depolymerization. Nature essentially produces oil the same way. New technologies will expedite the process by several million years to achieve the same byproduct. Proponents of this technology claim that a ton of turkey waste can cough up about 600 pounds of petroleum.

* Based on an article in Live Science

Hi,
Nice list but I'm not sure all of these solutions have been thought through.

Bioremediation often relies on non-native plants, which can often times become invasive and spread, driving out native plants that are fundamentally important in native ecosystems

Hydrogen fuel cells create water vapor. Little known to most, water vapor is the worst greenhouse gas there is... not CO2

Desalting our oceans? Currents in the oceans are driven by temperature and salinity gradients. Ocean currents are also responsible for temperature vs latitude anomalies such as the abnormally mild temperatures in the UK. Probably not a good idea to mess with this.