The Sexy Solex Solution for the Energy Conscious Commute 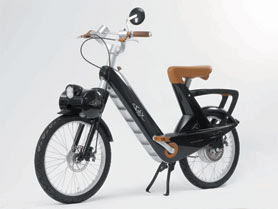 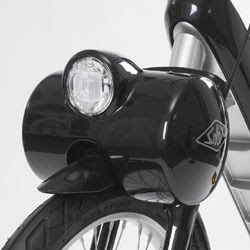 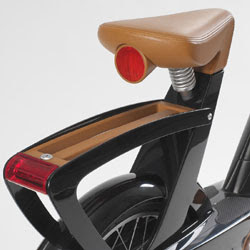 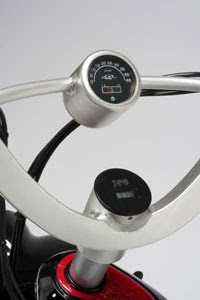 --Weekend Feature Archive--
The French made Solex electric bike is sexy, sleek and classic. The 70lb bike has an electric engine that gets you to speeds slightly above 20mph and can take you about 20 miles without a recharge. But when you need to recharge, the central tube of the frame hides a housing for a Lithium-ion type battery that can be removed and recharged either at home or at your office. In three hours this battery is 70% recharged (100% in 6 hours) and its life is estimated at 1000 recharging cycles.

The Solex (French), along with the Vespa (Italian), was designed in the aftermath of WWII for the same reason: as a popular means of individual transport in countries weakened by the war. All in all, some eight million VéloSolex were produced and sold, mainly in France. In this new incarnation the e-Solex fell in the hands of Pininfarina, known worldwide for it's work with Ferrari, who with its brilliant eye for design kept the beautiful lines of the original model in particular the large black case on the front wheel.

The Solex is not only an eco-friendly way to get about town but a pleasure to the design connoisseur.