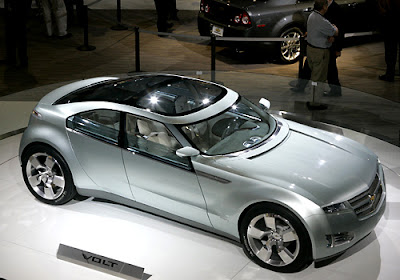 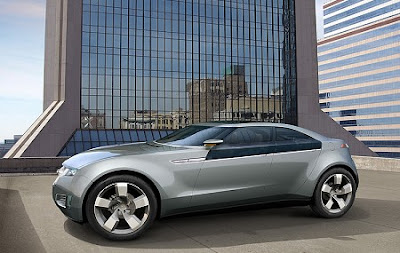 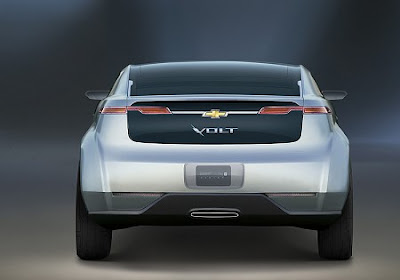 --science + technology + innovation--
GM is putting its money where its mouth is, and has announced that it fully intends to release its electric car, called Volt, for sale in late 2010.

The electric car is not all electric though, and will actually feature a small gas-powered engine which will essentially run as a generator; re-charging the batteries after they're depleted (approximately every 40 miles). The Volt is a respectable, if still compromised version of an environmentally conscious driving machine, as it still produce some carbon emissions due to its (limited) use of gasoline.

GM is aggressive on taking this car to market and is looking to the Volt to strengthen its brand and its commitment to fuel economy. Dodge made a similar play with its Viper in the 1990's, which solidified its image for performance and styling, much as Toyota used the Prius to green the entire company despite their massive production of gas guzzlers like the Tundra and Sequoia.

"When they think of GM, the iconic brand is, unfortunately, the Hummer, and that must change" said Bob Lutz, Chairman, GM Vice Chairman. "We have since realized that letting Toyota gain that mantle of green respectability and technology leadership has really cost us dearly in the marketplace," Lutz continued. "We have to reestablish GM's leadership and the Volt is, frankly, an effort to leapfrog anything that is done by any other competitor."

The industry has all eyes on GM to see if they can win over the market the way Toyota did in years past.