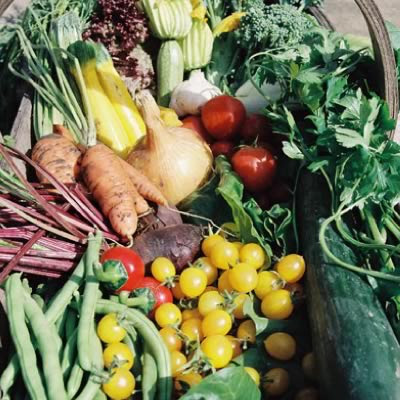 Well, we all knew this before the evidence was in, organic food is better for you. Not only does it keep your system (and that of the earth) clean of harsh chemicals, but it is actually better for you nutritionally.

Earlier this week, the Organic Trade Association, a membership-based association for organic agriculture and products in North America announced the results of a four-year European Union study that confirmed that certain organic foods are in fact more nutritional than their non-organic counterparts.

"This study may be the breakthrough that helps prove what many in the organic sector believe to be true about food grown using organic practices," said Caren Wilcox, OTA's Executive Director, on learning of the findings.

The study had shown that organic fruit and vegetables can have up to 40 percent more antioxidants than non-organically grown produce. When considering dairy, the same study confirmed that organic milk contains up to 60 to 80 percent more antioxidants than conventionally produced milk in the summer, and 50 to 60 percent higher levels in the winter. Organic milk also was found to contain higher levels of vitamin E.

The Research Project, was launched in March 2004, funded by a grant of 18 million Euros ($25.8 million) from the EU. The research program involved 31 research centers, companies and universities in Europe and elsewhere.