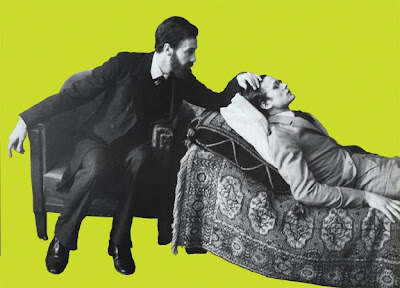 This month (December 2007) the American Journal of Psychiatry featured an article on Religion, Spirituality and Medicine (Burr Eichelman, M.D., Ph.D.) that examined a 2000 study of U.S. physicians regarding beliefs and practices in religion and spirituality as pertaining to their clinical practice.

The study confirmed that there is a clear shift away from the anti religious position that the psychiatric community has maintained since essentially its founding. In fact, the study clearly showed that the community has embraced religion and spirituality in psychiatric care and has endorsed (publicly) the positive effects of such practices on health. Simultaneously some 82% also believed that religion and spirituality can potentially increase a patients suffering in certain cases (a guilt-evoking faith and belief in an exclusively punitive God). Psychiatrists are increasingly supportive and encouraging of their patients spiritual exploration and in fact, in cases of anxiety and depression, many in the community are actively exploring the topic within the therapeutic process.

It seems like the wider acceptance of the spirituality in the mental health professions is a sign of the continued evolution of the field. Much like sexuality was taboo in the mental health therapeutic setting for many years, and then experienced a complete turn around - its seems God/The Divine is the next frontier. In the past, even Freud’s contemporary Fenichel noted that "the importance of all the age-old instruments of impressive magic and of the ancient magical power of faith should not be underestimated," it seems perhaps, he was right.

unfortunately sex still IS a tabu in psychotherapy. and in reality religion is NOT the path to take in cognitive psycho-therapy as it means transferring your problems -->> away from yourself. in essence removing problems is a solution (salvation), but it has nothing to do with self-awareness or realisation of mental illness if it all is in "God' s power". you might as well say vodoo is therapy. please keep religion out of science!

God is not something that is "away from you"- this is the essence of western religion. In Eastern religions - God is something that exists within one - not outside of one, it is a co-creative existence and not a "creationist" theory in the sense of the west. Religion is also very different from spirituality. Spirituality can be derived from religious study - but the religion is the path to the spiritual, not the destination (that is what many often confuse). Spiritual emptiness contributes to peoples sense of "emptiness" and "disconnection" - that is why in the case of most addictive disorders, the 12 Step program is effective as it tells you that you are not all powerful - there is something greater than you...a bigger power. And millions "set off" mental illness from addictive behaviors (50% of the 4 million Americans suffering from addiction have dual diagnosis - that is 2million, just from this group). Spirituality is the highest form of "self awareness" as it calls for you to see not only yourself clearly - but your role in regards to others and bigger universal issues. Last point - Psychiatry is the youngest form of medical science in the world - we know essentially next to nothing about the nature of mental illness and until recently adopted archaic practices like lobotomies (sp?). All we know thus far is how to "numb" the problem and "control"it through meds - we know nothing of cures. The answer - probably like in all other form of medicine - will be found in fact in some min-body-soul connection.