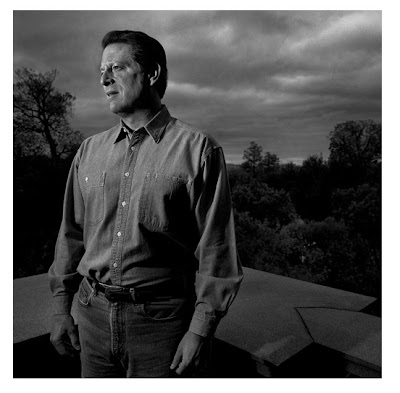 Celebrities have been in full force in 2007 supporting favorite causes with name and dollars. The trend for turning the spotlight on worthy charities seemed to accelerate throughout the year, as more and more A-Listers went public with their philanthropic endeavors. Although the list of efforts is too long to cite, and the impact of their effort too complex to actually measure, here is our list of some notable efforts for 07’

Bette Midler (founder of the New York Restoration Project) and Mayor Michael Bloomberg launched the Million Trees NYC initiative in October of 2007. The program is designed to get urbanites to plant new city trees over the next decade. The effort is expected to increase New York's urban forest by 20 percent, Midler said, "To walk under the branches of a tree that you have planted connects you to the roots of our past and the aspirations of our future."

Jon Bon Jovi revitalized a deteriorated lot in North Philadelphia. In November, he announced that 13 families would move into new homes, with two more clans to follow in 2008. The effort was accomplished through a deal Bon Jovi brokered between Project H.O.M.E., his Philadelphia Soul Charitable Foundation, and Saturn.

Oprah opens a $40 Million dollar school for disadvantaged girls. The school call the Oprah Winfrey Leadership Academy for Girls aims to empower young women of Africa. Winfrey stated, "I wanted to give this opportunity to girls who had a light so bright that not even poverty could dim that light."

Kevin Bacon launched SixDegrees.org in January of 2007. The organization merged charitable social networks and today's growing trend to raise money online. "SixDegrees.org is about using the idea that we are connected to accomplish something good," said Bacon. The actor brokered partnerships with Network for Good, AOL and Entertainment Weekly to start the effort.

Brad Pitt took a stand in 2007 to help rebuild New Orleans. Pitt partnered with Global Green to reconstruct the city's Lower 9th Ward. That mission grew in November with "Make It Right," a new foundation committed to providing affordable housing to displaced citizens. In addition, the actor put his own money where his heart is by pledging $5 million towards the reconstruction of 150 environmentally-friendly homes which are set to be completed next summer. The actor hopes to expand the Eco friendly effort across all of New Orleans.

Jolie has gone from actress to one of the world most celebrated activists. Jolie and Brad Pitt donated $100,000 in March to build The Duk Lost Boys Clinic Medical Center in the Sudan. Later in the year the duo pledged another US $1 million toward the Darfur Crisis. In the summer of 2007, Angelina also traveled to Iraq and Syria to raise international support for people displaced by war.

In April 2007 "American Idol" hosted a charity special that raised an astounding $60 million dollars to benefit organizations funding relief programs in America and Africa. The event featured Earth, Wind & Fire, Madonna and Kelly Clarkson. News Corp. got behind the cause with a $5 million pledge. Co-host Ellen DeGeneres donated $100,000. Plus more than 70,000 "Idol" fans joined "ONE: The Campaign to Make Poverty History" after watching Bono's plea for people to unite against "brutal, stupid poverty."

Bono received the Liberty Medal this year for his non-stop work to end poverty. His work specific to Africa is bar none. In addition to his work with ONE.org, in 2007 Bono jumped on board a unique collaboration when he put on the guest editor hat at Vanity Fair Magazine for a special Africa issue in July 07’. The magazine was chock full of info on the crises in Africa – and brought the harsh realities facing the continent, at least in small part, from across the ocean to the pages of the nationally acclaimed pub.

Al Gore – Fight for the Planet

Al Gore might have lost the presidency , but he gained more with his documentary Inconvenient Truth – a global level support for the cause to fight global warming. His war on the climate crises won him the Nobel Prize. He donated his half of the US$1.56 million prize to the Alliance For Climate Protection.

"We face a true planetary emergency," Gore said in an email. "The climate crisis is not a political issue, it is a moral and spiritual challenge to all of humanity. It is also our greatest opportunity to lift global consciousness to a higher level."

Jodie Foster donated a "major gift" to The Trevor Project, a gay youth suicide prevention organization. The donation was rumored to be largest ever to be received by the group, and went to help to operate two 24-hour call centers for troubled gay youth.

McCarthy has become the face for the millions of parents dealing with children autism. She has gone public with what many view as controversial idea on vaccinations link to autism, and has gone on record on nutritions role in helping deal with autism symptoms.


(Inspired by a story on CTV.ca)