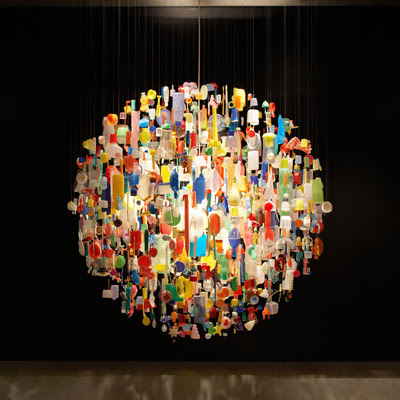 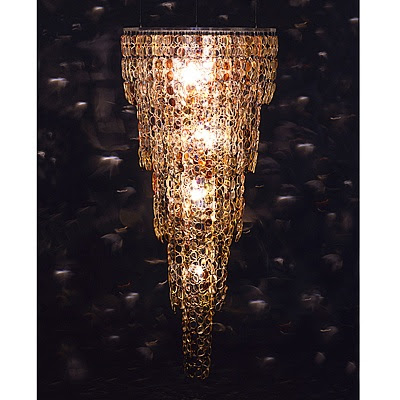 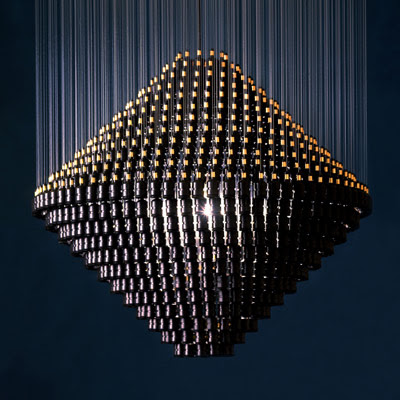 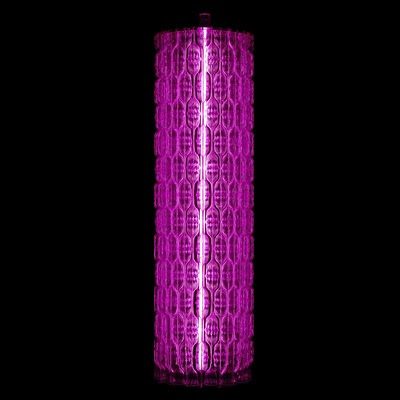 Disposable Chandelier 2005
U.K based artist Stuart Haygarth's work is the epitome of conscious chic. The artist take the simplest discarded objects to create incredible chandeliers, sold in limited editions, that are extraordinary in scale, color, and composition.

Haygarth got a big nod for his work with a 2007 Wallpaper Design Award, and in the last two years has undertaken projects producing pieces for MAC Cosmetics and the Design Museum of London amongst others. In the last three years alone he has exhibited in nearly a dozen and a half shows spanning the globe, from Tokyo to Paris, London and Germany. We love his work, and hope to see it soon on "this side of the pond."

Descriptions of Pieces Above:

Tide Chandelier:
Part of a larger body of work based on the collection of ' man made' debris washed up on a specific stretch of Kent coastline.

Spectacle 2006:
Created created from 1020 pairs of prescription eye glasses which are linked together to resemble a traditional tiered chandelier

Millennium Chandelier:
Created from 1000 exploded Party Poppers collected ( on 01.01.00 ) after the Millennium celebrations in London.


For more information go to: www.stuarthaygarth.com