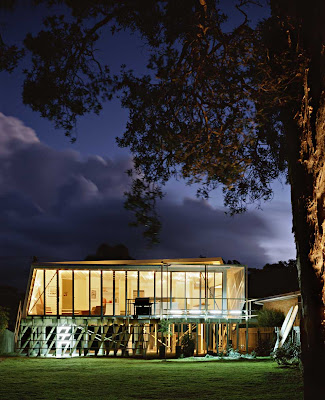 This summer, July 20-October 20, 2008, The Museum of Modern Art in New York will present an exciting exhibition on the Prefabricated home.

The five projects selected were picked from amongst 400 architects and firms that were in the initial consideration pool and some 21 proposals which were solicited. The final selection was based on the evaluation of a curatorial team which included museum curators and staff, and selected members of the architectural community.

The remaining 58 projects will be on view in the sixth floor International Council of Museum of Modern Art Gallery, offering the most thorough examination of historic and contemporary factory produced architecture from 1833 to today. In addition, the exhibition will include the launch of an exciting web site in mid-March which will include weekly diary postings from each of the five architects and some of the curators, that will detail the process of fabricating, delivering and assembling the homes for the July 20, opening.

If anyone questioned the official "arrival" of Prefab...doubt no more - MOMA has now spoken.