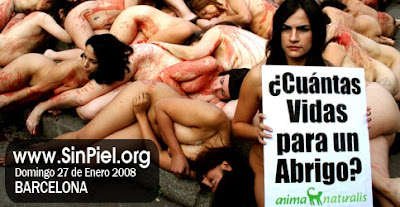 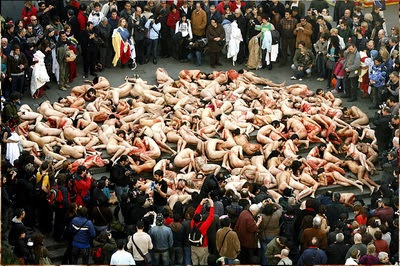 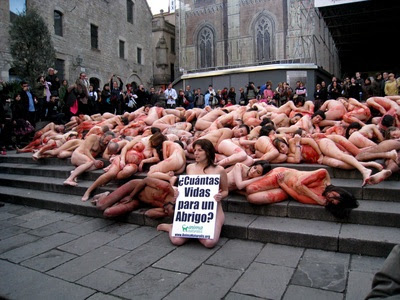 A nude protest over the fur industry including over 150 people dominated headlines in Barcelona Spain on January 27, 2008.

The event was organized by Anima Naturalis, an international activist group that has staged similar protests in Mexico, Ecuador and Argentina. The protest took place exactly as noon just as worshipers were arriving for noon mass. The worshipers found themselves greeted to a mass or protesters curled up fetal style, and covered in what was meant to appear as blood, on the steps of the Saint Eulalia Cathedral.

For more information on Anima Naturalis go to www.animanaturalis.org