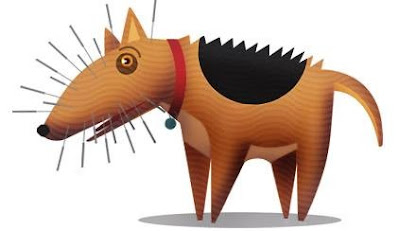 While antibiotics, computers and other advances in equipment have revolutionized medicine, these have only been available in the last 60 years. So, what we think of as modern medicine is barely 200 years old. People lived healthy lives long before that and had existing health care systems which relied on herbal medicines, foods and body manipulations for treatment and prevention of disease. Only in the United States has modern medicine completely replaced older forms of medicine. The World Health Organization recently indicated that 80% of the World’s population relies on herbal medications as part of their primary health care.

A new movement today in medicine incorporates modern, Western medicine with the best of other forms of healing into a single more expansive, integrative medical system. This is based upon the concept that there is only one medicine, medicine that helps patients recover from injury and disease. Practitioners of integrative medicine combine traditional medicine with alternative forms of healing to treat their patients based upon what problem the patient has.

Traditional medicine, that medicine taught by modern, Western medical schools, is great at diagnosing and treating acute disease. On the other hand, it is not always the best at preventing disease. Certainly, judicious use of vaccinations has helped protect against diseases of early life; but, short of this, modern medicine has not yet embraced methods to keep most diseases from happening, particularly chronic diseases like auto-immune disorders and cancer. Only now are diet, exercise and nutritional supplements being considered as part of health and physicians are beginning to encourage patients to seek help from less “traditional” medical systems.

Rather than to argue who has the best way to treat a patient, veterinarians can focus on how best to resolve any current disease and, then, how to keep the patient healthy in the future. This is, to me, the goal of integrative medicine.


Andrew Frishman is a contributing columnist of The LOHASIAN. His column, The "The Progressive Pet" explores integrative care for pets for the purpose of creating optimal wellness. Andrew received Bachelor of Arts degree in Behavioral Neuroscience from Lehigh University, where he decided to become a veterinarian. He went on to earn a Doctor of Veterinary Medicine degree from the University of Tennessee at Knoxville. In addition to his regard for traditional veterinary care, Andrew also holds an avid interest in holistic health, in particular its effectiveness when used to enhance veterinary care especially in the case of treating chronic conditions.

Andrew Frishman became a Certified Veterinary Acupuncturist by attending the Chi Institute, and earned a Certificate of Proficiency in Western Herbs from the Australian College of Phytotherapy. He also is one of the first veterinarians in Westchester-Putnam to offer Pulsed Signal Therapy to treat osteoarthritis and musculoskeletal disorder as well as genetic testing to identify and prevent disease and chronic age-related illness, particularly in breeds predisposed to specific maladies. In addition to his practice, Dr. Frishman is an Adjunct Professor at Mercy College in Dobbs Ferry, N.Y., where he teaches domestic animal anatomy and comparative anatomy. He also provides veterinary services to keep classroom animals parasite- and infection-free at the Greenburgh Graham School, where his wife teaches special education.

For more information on Andrew Frishman and his veterinary practice at the Progressive Animal Hospital, go to www.progressive-vet.com