Film "27 Dresses" Asks Celebs to Give Up Theirs, In the Name of Charity 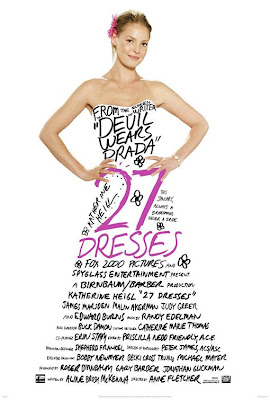 20th Century Fox is asking big name celebs to take off their dresses in the name of charity. No its not a celebrity strip poker match, but rather a celebrity dress auction bringing together some of the biggest names of Hollywood and the Fashion World.

In honor of the film "27 Dresses" by Director Katherine Heigl, the studio has decided to produce a charity auction with support of eBay, putting "on the block" glamorous garb from the likes of Heidi Klum, Mariah Carey, and Naomi Campbell amongst others. The event will benefit Lavender Trust, an UK based initiative for breast cancer care.

The auction is set to start on eBay at 7pm on March 4, 2008, with a new dress auctioned off daily. If you are looking to get a little couture and have your dollars be put to work for a good cause - mark your calendars!

For more information on Lavender Trust, go to www.lavendertrust.org.uk/