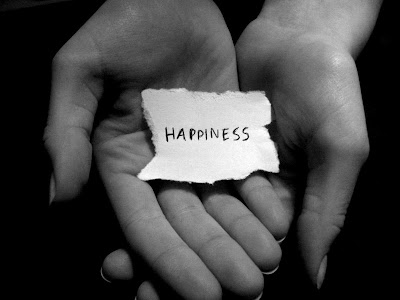 I just read an article that said that according to a recent Pew Research Poll, 85% of Americans polled said they were very happy or at least “pretty happy.” That figure seemed high to me. If I look at all the TV shows that look at people trying to lose weight, get face lifts and get rich – supposedly to get happy, I would imagine that 85% would actually be unhappy. I wonder about the millions of folks on Zoloft of Xanax or any number of other mood effecting medications – were they polled too? Are the growing rates of divorce making us happier or our expanding waist lines? I am not trying to come off as a cynic – but rather as a skeptic of how are we actually defining happiness and who are we really asking.

I am guessing a five year old would be happy with a good sweet and a fun game of hide and seek – wouldn’t all five year olds? Perhaps. But a five year old in an American suburb with a stay at home mom and a warm bed at night might have different definition from an inner city kid in a single family home with a working parent and frightening environment out the front door. Happiness for the aging depends on weather they can afford their medication, if they have housing they can rely on, and if they have loved ones by their side. Immigrants are happy if they don’t have to worry about deportation and if they have enough money to build the life they came to build. Happiness is far more complex than a yes and no answer. It is perhaps a seemingly infinite and perpetually fluctuating scale, both individually and socially.

Guru’s will say that happiness is not dependent on circumstance – or at least it should not be. But life’s paths flavor our spirits and color our memory, and for some the result inspires pursuit of happiness, while for others pursuit of basic survival becomes the more likely option. It’s hard to be happy with a hungry belly, an unhealthy body or a terrified state of mind-as much as we would like to believe its not. So much of the planet lacks the sheer luxury to worry about happiness..instead worrying about basic survival. And yet in those places happiness is no less and no more important - much like air..we all need it just the same.

Joy perhaps is the most important part of life. That is why we revel in the sound of a child’s laughter, marvel at the splendor of the setting sun, and revel in the bliss of new love. That is our optimal state, perhaps even our purpose. But happiness is both universal (in that we know we all want it, and at some point have had a taste of it)and at the same time utterly personal – dependent in most ways on intricacies of the private inner world of each person. And in that complex emotional chemistry we are left with one simple fact – that happiness is perhaps attainable but as much as researchers would like to believe it is, never truly measurable…by anyone but ourselves, for ourselves.