41 Million Set To Be Effected By Drug Contamination of U.S Water System - How We Are To Blame 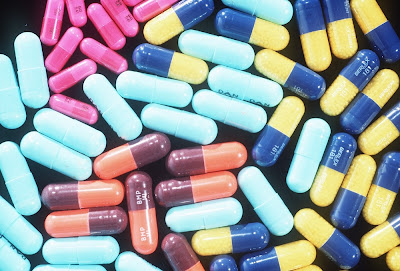 -- trends + business + politics--
This mornings headlines from the Associated Press (AP) on the pharmaceuticals contamination in the water systems that is estimated to effect a minimum of 41 million people (so far), is hopefully rattling the nerves of at least that many people nationwide.

Somehow news of contaminated waters (and the dozens of fish that we can no longer safely eat) was easy "to swallow" (excuse the pun). The deteriorating air quality is something we seem to have learned to live with (even as asthma and other respiratory diseases are climbing at escalated rates). Hormones injected into our athletes veins to increase endurance seem to cause more of an uproar than the hormones injected into our children's food supplies on a daily basis. We know to blame various industries for these crimes - but who do we blame for the complacency of society to nothing less than its own slow and quiet destruction. At best, for most, this mornings headlines will make for good water cooler discussion to be quickly forgotten after tomorrow's headlines break. How did this happen? How did so many of us "numb down?"

Here are the facts we know so far, on the water contamination issue alone:


Officials claim that the massive growth in the number of people using medication (both prescription and over-the-counter) is the culprit. From simply dumping medications down the toilet, to medication that is passed through the system being flushed away - these remnants are landing back in our tap water, as most water treatment plants do not remove all drug residue. Although officials claim that these residual amounts are "far below medical dose" they still do not know of the exact effects of small dosages over many years. One can safely assume that convulsants, mood stabilizers and sex hormones (some of the found drugs) even in small doses, over many years, do not go without health implications.

The AP findings are from a short five month survey of a few water dozen water systems nationwide. Interesting to note is the fact that the federal government doesn't actually require any testing and hasn't set safety limits for drugs in water. According the Associated Press report, of the 62 major water providers contacted, the drinking water for only 28 was tested. Among the 34 that haven't: Houston, Chicago, Miami, Baltimore, Phoenix, Boston and New York City's Department of Environmental Protection, which delivers water to 9 million people. In a time where millions are spent to market research the effectiveness of an ad campaign for a new prescription drug, we are investing less in testing how those same drugs are assimilated into our water systems.

The facts are simple, regardless of the product (medication, fish or that mass produced plastic toy), nothing one buys ends its life cycle in your home (or in your body). Weather it is the chemicals polluting our earth to produce that cheap T-Shirt you're wearing, or that pill your popping for a minor inconvenient headache or a mild case of blues that inevitably will land back in the toilet (one way or another). We can not expect industry to change if the demand for instant feel good, cheap products continues to grow.

More than being "green" or even "earth conscious" we need to be "reality conscious" and look at the end to end life cycle or what we put in our homes, in our bodies and in our lives. We need to become diligent about what we buy, and who we buy it from. We need to do it not to be cool, to be good, or to be "smart" - we need to do it simply to survive. We need to stop numbing down and start waking up - and fast. We need to stop just blaming industry and start looking at who is funding those industries - us. Our dollars speak louder than our voices and a million petitions will not accomplish as much as a million consumers making hard line decision about how they spend, or don't spend, their money.

For now we wait, again, on yet more results of yet another form of pollution we have caused, jointly - hand in hand with big business. Asthma, ADD, Autism, Cancer complications...what awaits us? Hopefully we will not too numbed down to demand the answers.

To contact the AP National Investigative Team for more information, send an email to investigate (at) ap.org