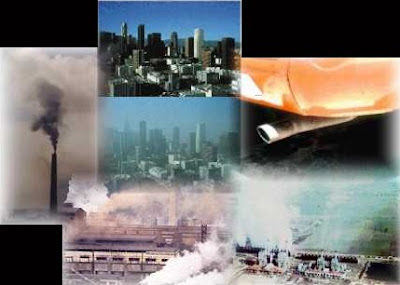 --trends + business + politics--
Just last week the EPA was in the middle of a tug of war between every imaginable big industry and the scientific community over smog regulation. The EPA was set to make a decision that would potentially lower the permissible ozone limits for the atmosphere bringing some 345 counties in violation, impacting business practices in dozens of industries, but lowering everything from premature death rates and respiratory failure of thousands nationwide.

The current limitation on ozone is 80 to 84 parts per billion which an independent EPA advisory group of scientist believes is simply inadequate to protect the welfare of the population (as is evidenced in rising rates of asthma, and respiratory illness, amongst other growing health concerns). The group advised the agency to lower the limits to 60 to 70 parts per billion, which was further supported by a second advisory board on children's health.

In December, over one hundred scientist sent a letter to EPA administrator Stephen Johnson urging the agency to adopt the science panels findings. But as the science communities are rallying to protect the public interest, in the last several weeks industry officials have met with Washington representatives putting pressure to keep the limits at current levels, threatening that the suggestion would cost the nation economically, in the billions. For the last week, as the EPA battled with the decision to only announce what can best be called - a highly political compromise. The EPA has indeed lowered the emissions standards, but down to a modest 75 parts per billion.

"It's disheartening that once again EPA has missed a critical opportunity to protect public health and welfare by ignoring the unanimous recommendations of its independent science advisers," said William Becker, executive director of the National Association of Clean Air Agencies, whose members will be developing programs to meet the federal air quality requirement.

The agency estimates that the new pollution control effort will cost as much as $8.8 billion a year. But health experts assert that the cost will be offset by the reduction in health care costs associated with poor air quality. The news might point to a move in the right direction - but hardly anything any of us could breathe a sigh of relief over...for now, it still might be best to hold your breath altogether.