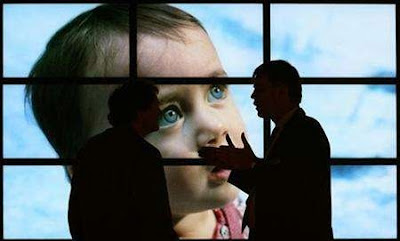 --body + mind + spirit--
Thousands of parents across the world are closely watching a ruling that forced government officials to conceded that childhood vaccines worsened a rare mitochondrial disorder in a Georgia girl that led to autism like symptoms.

The case, involving 9 year old Hannah Poling, went before a "vaccine court," which is otherwise known as the U.S. Court of Federal Claims. The court was set up to protect vaccine manufacturers from court damages to ensure for adequate vaccine supplies. This court handles all compensation involved individual injured by vaccines. Since the fund started in 1998, it has paid 950 claims - none of which it claims to have been from autism. The Georgia ruling involving Hannah Poling will force payment to the family from the federal vaccine injury fund.

"At least we have some commitment from the government to take care of Hannah when we're gone," said the child's father, Dr. Jon Poling, a neurologist.

Legal experts warn that this case (both the circumstances and the narrow wording) is by no means a precedent for the thousands of pending claims that link childhood vaccination to autism. Yet many parents see this as a blatant victory.

"It's a beginning," said Kevin Conway, a Boston lawyer representing more than 1,200 families with vaccine injury claims. "Each case is going to have to be proved on its individual merits. But it shows to me that the government has conceded that it's biologically plausible for a vaccine to cause these injuries. They've never done it before."

Some 5000 families are seeking compensation for autism and autism like disorders that they blame on vaccines and the mercury preservative found in the vaccines, Thirmerosal (which has since only continued to be used in flu shots). Families cite the use of excessive vaccinations as the suspected cause in autism. Even in the case of Hannah Poling, the family cites a single day's dosage of five immunizations as the culprit in the child's deteriorating condition. But the debate rages on as vaccine advocates cite the rising numbers of autism cases even after the Thirmerosal removal from vaccinations. Other experts believe that the rise in autism is linked to a rapidly expanding definition fed by a growing desire of parents to diagnose children, so they can qualify for services.

For thousands of parents nationwide who are choosing to limit their children's vaccinations, or vaccinate on a more conservative schedule (one vaccine at a time), the Georgia case is validating the growing concern over the dangers of vaccines and vaccine schedules.

(Based on information from Associated Press)