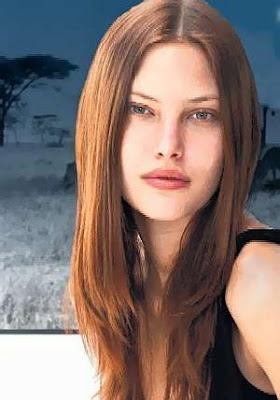 Who said model are all looks and no brains clearly never met this bunch of gals. Irina Lazareanu, Coco Rocha , Catherine McNeil (pictured above), Caroline Trentini, Siri Tollerød, and Behati Prinsloo are amongst a group of nineteen beauties who volunteered to be photographed by Eric Guillerman for a new 'Pick Your Cotton Carefully" campaign launched by the Environmental Justice Foundation, a film and advocacy organization "training individuals and grassroots organizations to document, expose and create long term solutions to environmental abuses."

The photographs will feature the models in cotton t-shirts made by EJF and designed by "A-list" designers such as Luella, Christian Lacroix, Betty Jackson and Katharine Hamnett. EJF's campaign is designed around the theme of “childhood, lost innocence and hope” to represent more than a million children around the world forced to labour in cotton production.

To buy a shirt, and support the cause go to the EJF SITE

Here is an amazing documentary featured in a previous post on The LOHASIAN, called the 'Conventional Trap.' The film exposes the harsh realities of growing conventional cotton. Directed by Altemeier and Somji.