The $206 Billion Smoke and Mirrors Game of the Tobacco Industry 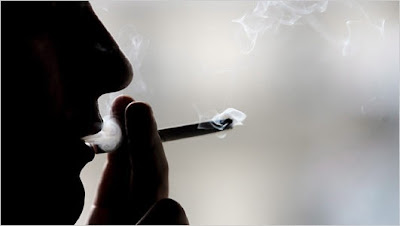 --trends + business + politics--
It is truly astounding to see how often government and industry reconcile the cost of human life with statistics, logistics, and financials. Take this weeks announcement by Phillip Morris USA that it has made it full annual payment of $4 billion to states as required under a legal settlement to compensate those states for "smoking related health care costs."

Since 1998 some 46 states agreed to a legal settlement with Phillip Morris and other cigarette companies to pay over $206 billion over 25 years to reimburse their estimated costs. So far to date, Phillip Morris has paid an astonishing $42 billion. This information was released in a nicely worded press release and written about by countless press. But no where to be seen was the fact that every cent of the $206 billion was associated in some way to pay for the disease and death of millions brought upon by the industry. It's assumed we know it, so why mention it right? Why bring up such an ugly little detail ? It is extremely sad to read these statistics for what they really are - remembering the lives lost behind those numbers, and the enormity of the funds that otherwise could have been allocated to countless other causes - that could utterly have transformed the direction of millions of lives.

Think about it $206 Billion - how many people who will otherwise starve to death could have been fed (people just like you, with children just like yours), how much desperately needed medication could be funded for the suffering, how much education worldwide could be provided to create the next generation of leaders, how much medical care could be offered for the most underprivileged to prevent the spread of disease and the enormous costs associated. To make matters even worst, the Tobacco industry additionally contributes to world hunger by diverting huge amounts of land from producing food to producing tobacco. Add to that the significant environmental costs associated with Tobacco cultivation, such as serious environmental destruction caused by tobacco farming and pesticide related health problems for farmers and their families. It may be just an after dinner cigarette for some ...as long as you keep your head in the smoke.


The reality is, that the tobacco industry is driven by a massive global consumer base fueled by a physical and/or psychological addiction to the product (approx. 25% of the global population smokes). So the notion that smoking is a matter of free choice is highly debatable. Let's get real here shall we, buying bagels or T-shirts is free choice, a pack-a-day cigarette buyer does not buy cigarettes quite the same way. What's even more surreal is that non-smokers have to be understanding and compliant with the "free will" of smokers to support this industry and to play a life and death game with every cigarette. We have been so well conditioned by an industry that can afford to exist after and remain perversely profitable after a $42 billion pay out (from one company!), that we don't ever simply lift our heads up out of the smoke (and mirrors) to say "what the hell is going on?" Perhaps worst than the crime/s of the tobacco industry is the complacency that affords them their opportunities. As always, it up to us to make the choice for a different way, speak up and create the change... and always see the realities behind the numbers.