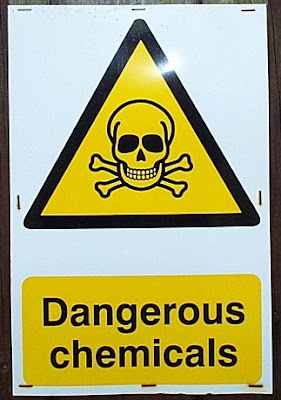 --trends + business + politics--
A story just cited by Harvard World Health News should alarm parents as to how well the EPA is actually protecting our children, or rather failing to do so.

The article by Susanne Rust and Meg Kissinger (published by the Milwaukee Journal Sentinel) shows a record of failure by the EPA's Voluntary Chemical Evaluation Program to provide information on the dangers of the chemicals produced for common household products. Apparently the funding for the department has run out as of last August and committee's have not met in nearly a year. To add insult to injury key members don't even know if the program is still alive. But while the EPA's own advisory committee criticized the program as severely flawed the EPA continues to refer to the program as priority. Upon close inspection on the interworkings of the program one finds some startling facts:


In one specific case pertaining to the chemicals used in flame retardants, the actions of the EPA are both outrageous and dangerous. The EPA invited a consortium of U.S. chemical companies to interpret and present data to a panel of scientists on the risk and exposure of chemicals they made. The list of chemicals included included only 23 of the 80,000 on the market , and asked the companies to provide information about their "potential effects on children." Instead of regulating the chemicals companies, the EPA did what was hailed a "breathtakingly significant" by the chemical lobbyist. By 2007, the Maine Center for Disease Control and Prevention released findings that exposure to chemicals found in flame retardant's provided significant risks to in learning behavior. The EPA later identified that those same chemicals were actually possibly cancer causing and interfere with brain development. When asked as to why the EPA took the approach they did, the response from Ward Penberthy, associate director of the EPA's Chemical Control Division, was a simple "We can't make them do anything"

"Whenever you work on environmental issues that are complex and contentious, they take longer than you would ever hope," Penberthy said. "Clearly we want to get this working faster and make improvements. Admittedly, this needs to be speeded up and streamlined."

This comes as EPA's political appointees have come under fire from environmental groups and scientists for ignoring science and bowing to industry. A letter written to EPA Administrator Stephen Johnson just last month by the union representing EPA scientists charges the administrator with ignoring the agency's own principles of scientific integrity for the sake of political expediency.

Hopefully, the press, the public and the government will step up and speak out that the welfare of America's children is of more value than the bank accounts of chemical company executives. While the battle wages on for what chemicals are safe, which chemical are not, and who is to take what blame - the easiest way to go as a consumer is simply...natural. Choose natural products, organic cottons, and untreated materials. From clothing to mattresses to food and diapers, natural options are plentiful and readily available at your fingertips for anyone with an Internet connection.


To read the complete article by Rust and Kissinger - go HERE