Connectivity That Matters:
New Social Network Aims to Save Lives 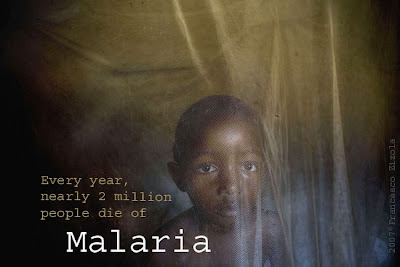 --celebrity + charity + global relief--
Web entrepreneur wonder kid Tom Hadfield, who in his teens launched and sold Soccer.com to ESPN for a whopping $40 million, is gearing up for a more noble and hopefully equally as successful web venture in MalariaEnagage.org. The site, launched on Sunday, is designed to help fight Malaria, which he became familiar with first hand after a trip to Zambia last summer.

"Traveling across Africa and seeing the devastation caused by malaria made me realize there was more to life than putting up soccer scores," said Hadfield.

"Everyone I met at an aid project making mosquito nets in Zambia had either lost a child to malaria or knew someone who had."

The site encourages people to donate $10 or more to help support seven different research projects in Tanzania, such as developing plants like lemongrass to repel mosquitoes. But Hadfield sees MalariaEngage.org as more than a fundraising tool.

"MalariaEngage.org increases the return on investment of donors by connecting them directly with researchers working on malaria prevention treatment," said Hadfield.

"It's about more than about giving money -- it's about creating connections. By encouraging individual participation and involvement, we will create international communities of common interest. This is the essence of social networking."

Hadfield who is now twenty five and attending Harvard co-founded the site with health professors Peter A. Singer and Abdallah S. Daar at Canada's McLaughlin-Rotman Centre for Global Health at University Health Network as well as the University of Toronto. Hadfields hope is that he will create a platform that will allow consumers to support researchers and causes through meaningful human networks of change.

To check out this sensational new initiative and Become Part of the Change, go to www.malariaengage.org