Earning My Stripes:
Badges of Honor on the Road to Motherhood 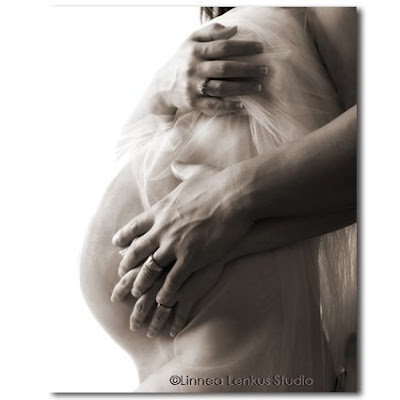 --Feature: "Primal Home w/Dena Givens"--
Recently while playing with my youngest daughter, I flopped onto our bed and my shirt flew up a bit. Liberty eagerly jumped up next to me, positioning to blow onto my now-exposed belly (a favorite game in our house). Suddenly, her expression changed and she asked, “Mommy, where did you get your stripes?” Laughing, it took me a moment before I realized that she was referring to my stretch marks.

Later that day, I began to think more about my “stripes.” Having spent the majority of my adolescence in a military household (my stepfather was in the Navy), I was familiar with the terminology and lifestyle. Looking back at that time of my life, I began to draw some parallel connections between motherhood and military recruits.

My brother enlisted in the Navy when I was 17. I remember his initial excitement was mixed with trepidation. There was so much about the impending training that was unknown. The three months he spent in boot camp were among the most physically, mentally, and emotionally challenging times of his young life.

Four years later, when I was just shy of 21, I found myself in basic training of another sort. I had become an unexpected parenting recruit, and it took a while to adjust to the magnitude of the new responsibility. Over the ensuing nine months, my body and mind went through a grueling regimen of exercises and drills to prepare me for my “graduation.” Just before the event, I was awarded with the physical marks—my first set of “stripes.”

Although there was no prouder moment in my life as when I first laid eyes on my new son, I was still adjusting to parenthood. As a young, self-absorbed woman, my new scars horrified me. I felt that my body had betrayed me and had naively assumed that it would return to its original, unmarked state. It didn’t.

Breastfeeding would leave its mark, as well. While many young women would have been thrilled to have such a full bodice, I was not mentally or emotionally prepared for the ebb and flow of cleavage that motherhood provided. Yet another set of stripes.

There were occasions when I felt awkward in my role as a new parent. In fact, there was even a time that I questioned the Universe for christening ME a mother. Why should someone so young and inexperienced be given such a tremendous responsibility? How can I teach my child about life when I have so much yet to learn? Over time, I came to realize that parenting is a transformational process. There are no mistakes, only lessons to learn. Life forces you to accept responsibility, and it brands you in the process.

Just over two years later, I received even more stretch marks with my second pregnancy. For the first time, my rear end was also awarded a set of stripes. However, the transition from one child to two was worthy of the recognition.

Eight years, a new marriage, and two children later, I find myself feeling like a new recruit again. However, this time I felt wiser and more relaxed. While my last two pregnancies left their mark in many profound ways, I was surprised to not gain any more stripes.

Now as I trace my fingers over my highly decorated lower abdomen, I am reminded of the many ways that I have grown over the years. I realize that a mother’s life is one of service and commitment. I am honored to pledge my allegiance to my children. Now, when I put on a bathing suit, instead of cringing at my unsightly scars, I proudly display my stripes. I have certainly earned them.

"Earning My Stripes: Badges of Honor on the Road to Motherhood" was written by Primal Parenting Co-Founder, Dena Smith Givens.

(Photograph by Linnea Lenkus at www.linnealenkus.com)