EPA Under Fire For Turning Science Political:
Inside a New Investigation 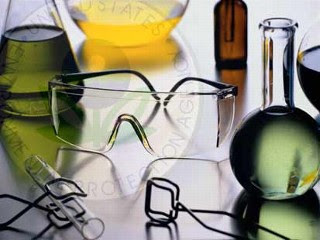 --trends + business + politics--
The EPA is under fire yet again, this time through an investigation by a non profit environmental organization known as the Union of Concerned Scientists. According to the organizations report nearly 900 scientists at the EPA have experienced "political interference" in their work in the last five years.

The report was based on interviews with current and former staff members, analysis of government documents and a questionnaire sent to 5,419 EPA scientists (1558 of which responded). Of those responses, 889 scientists or 60 percent, said they had personally experienced at least one instance of political interference in the last five years; 394 said they experienced frequent or occasional "statements by EPA officials that misrepresent scientists' findings." More than one-fifth, or 285, said they had experienced "selective or incomplete use of data to justify a specific regulatory outcome," the report said. Nearly 100 scientists said the White House Office of Management and Budget (OMB) was the main offender.

To no surprise the EPA denies all allegations-again.

"Certainly OMB plays a policy role," Shradar said by telephone. "It's important that there is inter-agency cooperation. There's not interference against the scientific work that they're doing, that's still highly respected and taken into account."

But the report seems to be one of a slate of recent inquiries that put the EPA's role and set of interests in question. Most recently the EPA has come under fire for its standard for ground-level ozone which goes against the recommended ozone levels by countless members of both the scientific and medical communities that worry about the boom in ozone related health hazards. The agency is also in a court fight with 18 U.S. states over its failure to limit greenhouse gas emissions from new cars and trucks, more than a year after the Supreme Court ruled EPA had the power to do so.

All the recent controversy begs the question who the Environmental Protection Agency is ultimately protecting, the citizens, the industry, the policy makers or themselves? They certainly can't accomplish all at the same time...makes one wonder - who is getting the short end of the stick in this equation.