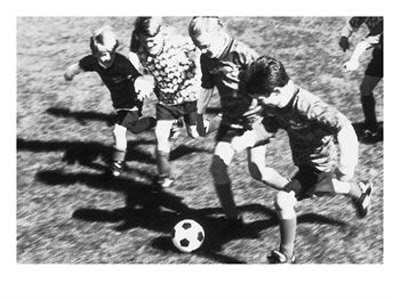 Five year olds do not play soccer. They play “herdball”, as it is jokingly referred to by my teenage son who referees their games. Instead of spreading out on the field and playing a position (such as midfielder or forward), they bunch up in a herd and chase the ball back and forth on the field. “Team” has little meaning except for the matching t-shirts.

From where I sit watching the big wide world go by, it seems to me that adults play a sort of media-directed herdball of our own. Remember any of these?


Each of these was and is important, but I haven’t heard much about them lately, and I suspect you haven’t either. I detect a pattern. Some event or issue triggers a flurry of media attention, followed by another flurry of activism, donations, demonstrations, and letter writing. Then, time passes, public interest wanes and the media goes on to the next issue or event, followed of course by the next flurry of activity. The issue “ball” gets chased by the well-meaning herd until it goes “out of bounds” (off the media radar). A new ball is tossed into play, and the game continues until the players quit from exhaustion.

I have spoken with weary, burnt-out people who are tired of playing this game which appears to accomplish nothing. They have become cynical, and feel torn in a hundred directions for a hundred worthy causes. The sheer magnitude of the world’s many problems feels overwhelming to them, and constant appeals for action or donations only make matters worse.

At the moment, one of the “balls in play” is the politics of Tibet. We have seen activist monks protesting and suffering for their cause. These monks are most decidedly NOT part of the activist herd. Their entire lives have been given in service of preserving Tibetan culture and religious faith. They are deeply grounded in their cause, linked by both physical geography and spiritual practice. Although they too may feel fatigued at times, they aren’t going to take up another issue anytime soon. They are playing for keeps. The herd may chant “Free Tibet” at the Olympic games this summer, but the monks will continue working long after the media hoopla has faded.

I’ve said in previous columns that a sustainable soul is dynamic, grounded and self-renewing . If you’ve been engaged in nothing but herdball activism and are feeling burnt out from it, maybe it’s time for a change. Instead of running with the herd, take some time and really examine which issues touch your heart. Think for a moment. What is THE most important issue to YOU? The environment? Human rights? Cancer research? It doesn’t matter that there are a thousand other equally important issues out there. For now, simply figure out what resonates with you on a deep level. Next week, we’ll explore ways to work for your cause without burning out, as well as think about how to consciously “run with the herd” if we choose.


Rebecca Hecking is a writer based in northwest PA who focuses on spirituality and ecology, as well as managing editor for Primal Parenting. She has watched many games of herdball over the years, and has loved every minute of it.