Science Versus Intuition - Who Wins? 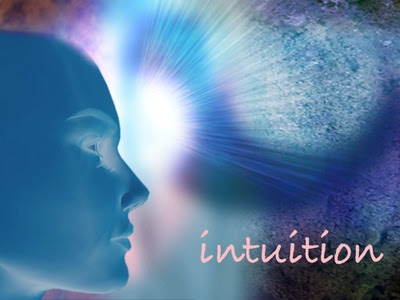 --.op-Ed-
A new study came out that claims to have debunked the benefits of water. Good thing, as probably millions of people are afraid to drink it since the news of pharmaceutical and now the recent salmonella contamination warnings. I think many of us would feel safer collecting rain water and boiling it than trusting our own faucets...but enough on the rant.

According to Dr. Stanley Goldfarb and Dr. Dan Negoianu of University of Pennsylvania in Philadelphia, folks in hot, dry climates and athletes have a need for increased fluid intake - while average people don't. They cite "four major myths" that state that increased water consumption leads to more toxin excretion, improves skin tone, makes one less hungry and reduces headaches, are just that myths.

"Our bottom line was that there was no real good science -- or much science at all -- behind these claims, that they represent probably folklore," Goldfarb said.

Their scientific review, published in the Journal of the American Society of Nephrology, is the latest to undercut the recommendations advanced by some experts to drink eight glasses of 8 ounces (225 ml) of water a day.

Well this news might help me cut down on my rain collection efforts, but heck, at the same time I swear that drinking more water always makes me feel and look better, has helped get rid of headaches, and heck even makes me less hungry during the day. I find that scientific study announcements leave a whole lot of the population second guessing themselves-we are left with more questions then answers.

For a very different example of this, some 4900 claims are currently part of a single case being brought before the vaccine court by parents citing links between vaccinations and autism. Science keeps telling those families, and thousands of other parents like them, that there is no link between autism and vaccines. But thousands of parents say they saw a series of clear events and reactions in their kids following vaccinations (most of the cases coincidentally sounding identical in the progress of events) that told them that there was a connection...their intuition spoke loud and clear.

For years scientific studies have shown no link between anti-depressant use in kids and violence in years following (even as countless cases showed otherwise). Thousands of parents saw correlations between the medications given to their kids and future impacts on their behavior. Now dozens of studies studies have disproved the earlier finding.

For decades child health experts cited that there was no significant health benefits to breast milk versus children's formula, while millions of moms listened to their instinct and continued to breast feed because it felt like the healthier option, even during decades where breastfeeding was bordering on a socially unacceptable behavior. Coincidentally, during that same time, health experts found no major health risks with cigarette smoking while millions of smokers died of various lung diseases, knowing intuitively why it was happening.

All of these varied examples are only meant to raise one point - science seems to refuse to allow for people to trust themselves, their gut, their intuition. Science worships at the alter of evidence as it is revealed, yet studies get dis-proven daily. We are asked to follow information that is often found to be as malleable as pizza dough. So where are we left with? Who do we trust?

Science helps solve puzzles of life - but let's be clear here...these are pretty big puzzles...ultimately too vast and too complex to ever fully "put together." While science offers many great answers and possible solutions to life's challenges and mysteries, it can't replace the inner compass that lives in all of us that is called our instinct and intuition...designed specifically for our own preservation. Keep in mind - that "gut feeling" is not the stuff of fuzzy mysticism, but is actually hard wiring that is there to help you protect yourself and assure for your survival. Science can't replace this - perhaps, at best it can supplement it. As you read headlines touting expert opinions...put it through your "intuitive radar," before blindly buying into the supposed "facts" of the day.