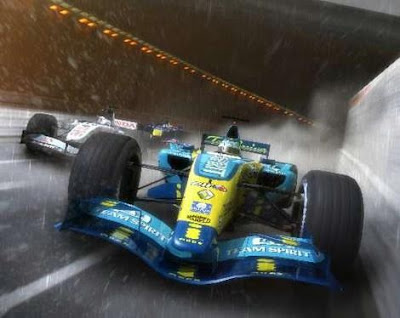 Formula One President Max Mosley recently announced that the world renowned racing event is getting even more Eco-Friendly, by promising to make all cars hybrid by 2013.

F1 will be phasing in the use of a 55lb hybrid system known as KERS (Kinetic Energy Recovery System). The system is not what one would see in a hybrid consumer vehicle as it weighs in only at 55lbs and doesn't store as much energy as a traditional system. But the mechanism is well suited for F1 style racing as cars are constantly accelerating and decelerating from corner to corner.

The KERS essentially stores all energy in the flywheel which can be used by the driver when pushing a "boost button." Instead of using batteries and electric motors for energy storage, KERS relies on mechanical energy storage. The developers also say that the device is twice as efficient as electric hybrids with the added benefit of being an almost silent system (since the flywheel is almost entirely vacuum sealed).

The folks behind KERS, Transmission builders Torotrak and Xtrac, have a license agreement which lets Xtrac build continuously variable transmissions based on Torotraks design. The alliance has some scalable opportunity as both see a possible application in millions of consumer vehicles. If their plans realize, it could mean huge improvements in fuel economy and pretty respectable reductions in GHG emissions. For now, they are happy to see the system being pushed to the limit at F1, starting in early 09'. 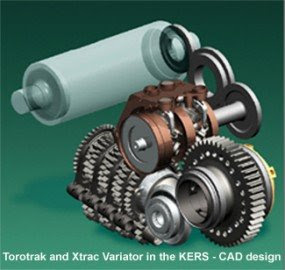