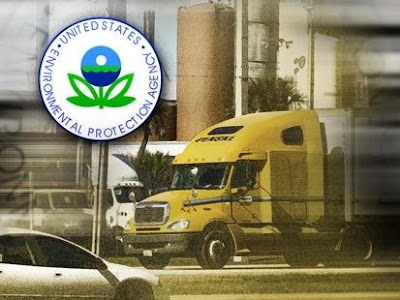 --trends + business + politics--
Ever find yourself wondering how the heck toxic chemicals get found in everyday products, after they were supposedly assessed by the powers that be - by the experts at the EPA? Find yourself entertaining what others call, conspiracy theories? Well, todays news brought to you courtesy of Associated Press, might answer some of those questions, and put your reputation as the conspiracy theorist to rest.

According to the AP, the Senate committee is currently looking into a report that states that the current administration has been continuously hampering with the EPA's ability to conduct timely, science-based risks assessment of health dangers of toxic chemicals in everything from household products to rocket fuel. The report stated that the extensive involvement by EPA managers, White House budget officials and other agencies has eroded the independence of EPA scientists charged with determining the health risks posed by chemicals. Parties and agencies cited include the Pentagon, the Energy Department, the National Aeronautics and Space Administration amongst others. Such groups are mentioned as being allowed to participate "at almost every step in the assessment process."

Officials have begun to speak out, including Senator Barbara Boxer,

"By law the EPA must protect our families from dangerous chemicals," said Boxer, D-Calif., the Senate committee's chairwoman. "Instead, they're protecting the chemical companies."

"The EPA's risk assessment process never was perfect," Boxer said in an interview with AP on Monday. "But at least it put the scientists up front. Now the scientists are being shunted aside."

But representatives of the White House are crying foul ball to the accusations,
"Only EPA has the authority to finalize an EPA assessment," Kevin F. Neyland, deputy administrator of the White House budget office's Office of Information and Regulatory Affairs, wrote in response to the report. He called the interagency process "a dialogue that helps to ensure the quality" of the reviews.

But the EPA's questionable track record in protecting consumers from chemical companies has been under fire before, even in the last two months making repeated headlines with their clearly conflicted interests. Recently the EPA's Voluntary Chemical Evaluation Program was revealed as an utter failure, by failing to provide information on the dangers of the chemicals produced for common household products , as well as the recent controversy of the EPA refusing to lower the ceiling on acceptable ozone levels as recommended by countless scientists and medical experts - instead clearly compromising with industries putting pressure on the agency.

Again we ask - who is this Environmental Protection Agency ultimately protecting and why ?