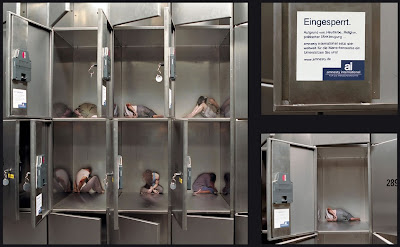 AI found that people are still being tortured or ill-treated in at least 81 countries. In at least 54 states they face unfair trial and cannot speak freely in at least 77 nations, the group adds. In addition the United States was criticized for failing to set an example globally.

The report specifically noted that Washington has "distinguished itself in recent years through its defiance of international law." It went on to say that the US must close the Guantanamo Bay detention camp for terror suspects and either prosecute the inmates under fair trials or free them. It also urged Washington to ban all forms of torture and stop propping authoritarian regimes. It singles out the support of President George W Bush's administration for Pakistani President Pervez Musharraf when he imposed a state of emergency, clamped down on media and sacked judges.

The report points out nations worldwide reneging on their global commitments to uphold human rights and people are starting to lose patience. Secretary general Irene Khan said in an interview marking the group's annual report. "Amnesty Internationals' fundamental message - 60 years after the adoption of the universal declaration of human rights - is that they must apologize for six decades of human rights failures and they must recommit themselves to take concrete action to set that straight."

The report cites some specific actions to improve human rights records, including;