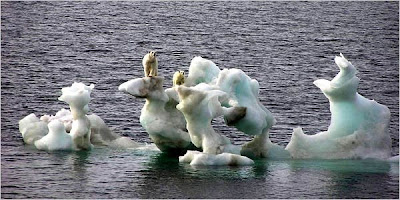 --celebrity + charity + global relief--
Today is Endangered Species Day. The day is meant to remind us of the dangers involved with the escalating rate of species extinction on our planet - while simultaneously asking us to embrace the idea that the plight of other species is really the plight of our other families who share this planet with us. Although the extinction of various species is a natural phenomenon, the rate of extinction occurring in today's world is exceptional -- as many as 100 to1,000 times greater than normal.

"The numbers are grim,"said Donald Levin, who works in the section of integrative biology in the College of Natural Sciences. "Some 2,000 species of Pacific Island birds (about 15 percent of the world total) have gone extinct since human colonization. Roughly 20 of the 297 known mussel and clam species and 40 of about 950 fishes have perished in North America in the last century. The globe has experienced similar waves of destruction just five times in the past."

Levin cites that biological diversity ultimately recovered from each of the five past mass extinctions, but required several million years in each instance. Today's mass extinction is unique, Levin noted, as the low level of species diversity may become a permanent state, especially if vast tracts of wilderness area are destroyed.

Endangered Species Day was introduced as a resolution by Maine Sen. Susan Collins and California Sen. Dianne Feinstein The resolution was designed to draw awareness to threats to endangered wildlife, fish and plants, and to what can be done to help them. The resolution is co-sponsored by a bipartisan group of eight other senators, including Maine's Olympia Snowe.

Video From "Calling of life: Facing the Mass Extinction" Trailer (From the Species Alliance)