Inside the 120 Year Old Toxic History of BPA 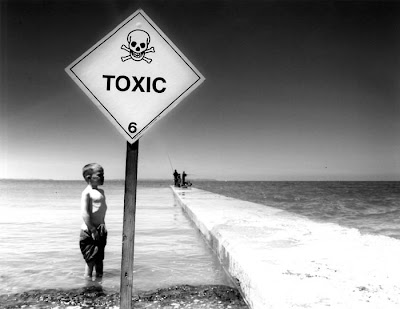 --body + mind + spirit--
Last weeks news of Canada's outright ban on BPA from baby bottles finally set the wheels in motion this week, for major retailers to take a stand against the toxic chemical. This week both Toys R Us (that also owns Babies R Us) and Wal Mart have committed to phase out all baby bottles and other baby feeding products containing BPA by the end of the year. Meanwhile, the American Chemistry Council still maintains that products with BPA are safe and that "consumer product bans are not supported by science."

"The weight of scientific evidence, as assessed by Health Canada and other agencies around the world, provides reassurance that consumers can continue to safely use products made from bisphenol A," stated Steven G. Hentges, Ph.D., of the American Chemistry Council's Polycarbonate/BPA Global Group. "Consumer products made from polycarbonate plastic and epoxy resins, including products for infants and children, are accepted as safe for use, and used, around the world."

But while the BPA Group is claiming safety, the 120 year old history of the chemicals - speaks otherwise. In fact, after the invention of BPA by chemists in 1891, toxicity links were found as early as the 1930's. Even in the 1930's scientists discovered that BPA was actually an artificial estrogen. Its use as a pharmaceutical hormone was precluded by the invention of another synthetic chemical, DES, with even more potent estrogenic properties. DES was later taken off the market when it was linked to reproductive cancers in girls born to mothers taking DES during pregnancy. In retrospect, this was clearly an early warning signal for the similar toxic properties confirmed for BPA many years later

By the 1940's BPA was used in plastics and since then has managed to stay "beneath the regulatory radar" and evade accountability through heavy politicking. One particularly critical moment in time, in 1976, the BPA slipped through the regulatory fingers when Congress passed the Toxic Substances Control Act. This act was the first law to regulate industrial chemicals. BPA was one of the 62,000 chemicals "grandfathered in" - and presumed safe by the EPA with no evaluation of the evidence.

What proceeded for the three decades was a clear evasion of accountability and responsibility on the dangers of the substance to the public. Here are some time line highlights (which you can get in full on the Environmental Working Group Site)


Will other retailers follow suit? Will a 120 year history of feeding this toxic chemical to the population come to an end? The final chapter on this sad saga has yet to be written. For now, be smart, stay safe and be informed on the plastic based products you are buying. Take the initiative and research what you purchase...the information universe is literally at your fingertips.