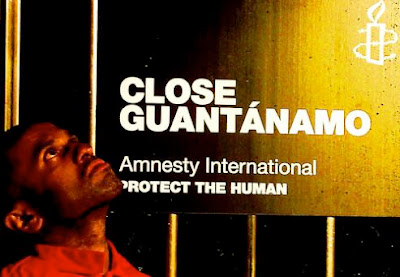 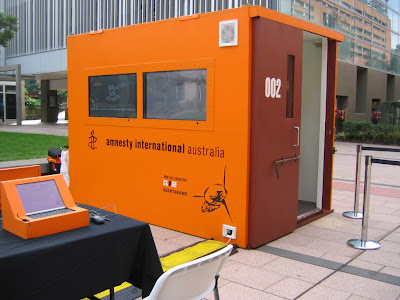 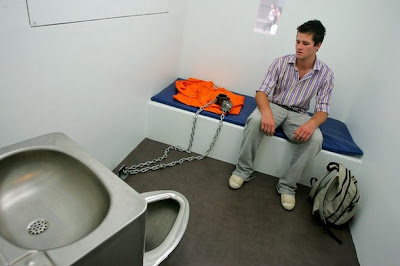 --celebrity + charity + global relief--
Amnesty International is seeking to bring the realities of Guantanamo in some small way to every day citizens, by traveling a life size model of a maximum security cell to cities across the USA.

It is the hope of the organization that getting a glimpse at the harsh realities of prolonged isolation and illegal detention will inspire citizens to speak out on what many believe to be one of the most shameful developments of this administration (as most detained are without charge and those charged, have faced unfair trials by the military commission).

Starting in Miami on May 8, 2008 the tour will make stops in Philadelphia, Portland and then Washington D.C. on 26 June, to mark International Day in Support of Victims of Torture.

To learn more about Amnesty's "Counter Terror With Justice Campaign," go to the Campaign PAGE on their site. To make your voice heard against illeagal detention and the close of Guantanamo - sign the petition on the Amnesty SITE

Video Footage Below - Protest in Washington earlier in the year, on 6th Anniversary of Guantanamo. Executive Director of Amnesty International speaks out.