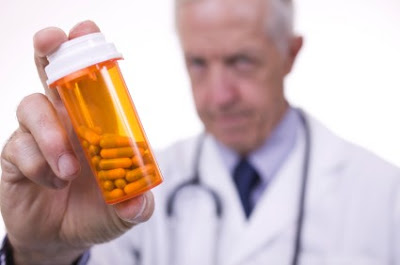 --body + mind + spirit--
Millions of overweight people will tell you, the fight with fat is really something that "mess with your head." These days, that statement might be prove to be all too true. A new class of weight loss treatment called rimonabant is marketed by companies such a Merck & Co, as well as Sanofi-Aventis and is under fire for disrupting wiring in the brain in several research studies.

The rimonabant drugs sold under brand names such as Acomplia in Europe or Zimulti in the U.S, apparently suppresses the appetite by blocking cannabinoid receptors in the brain (apparently it's the same brain mechanism that makes people hungry when they smoke marijuana). The problem that researchers found in studies is that cannabinoid receptors also regulate signals between neurons - that when effected by the use of these drugs effected plasticity. In short the brain failed to respond properly, by failing to "rewire" when necessary,

The study, based at MIT, involved testing of learning in the visual cortex of a mouse. This is the part of the brain that processes information gathered from what they see. Their experiments tested how well the animals adapted if one eye was closed. The researchers did not use rimonabant in the study. Instead, they used a chemical analog or copy -- in this case a drug available for laboratory use known as AM 251.When they gave the mice AM 251 to block their cannabinoid receptors, the animals still behaved as if both eyes were open. This suggested the visual cortex was not adapting as it should.

The finding is the latest blow for rimonabant, which once was predicted to be a multibillion-dollar seller. A study last month of the drug in obese heart patients found that an astounding 40 percent of patients who took the drug developed psychiatric problems. And in a past study, one in eight patients dropped out of the study due to sever psychiatric side effects.

So what does Sanofi have to say of the barrage of findings, you might wonder. Last month the drugmaker said it still believes Acomplia can be a winner and reiterated plans to submit the drug worldwide - this time as a treatment for type 2 diabetes in 2009. I guess those diabetics have stronger mental compositions then those over-weight folks...go figure.