"The Power to Sell Out:"
Fiat Plays Politics With China Over TV Commercial 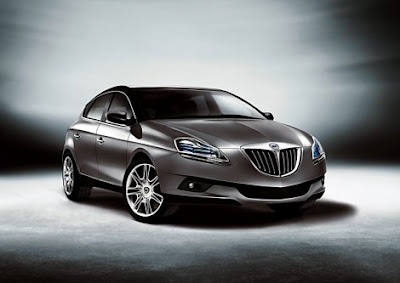 The final words in a new commercial for the Delta Fiat (a new car under the Lancia brand), is "The Power to be Different" - but the company's recent move to apologize to China for featuring Hollywood actor Richard Gere and a young Tibetan child playing in the snow, is anything but.

"Fiat Group extends its apologies to the Government of the People's Republic of China and to the Chinese people." said a company representative, after being confronted by Chinese media. The ad run began in Italy last week and will be aired elsewhere as the Delta is rolled out across Europe.

China is a huge market for car makers which, Fiat like other multinational companies, go out of their way to avoid upsetting the country's "sensibilities" about "certain issues" out of fear of reprisals such as a boycott of their products. As China's ugly human rights record on Tibet continues to make headlines, big business plays politics to secure market share. Most interesting is that in the case of Lancia, the company does not actually sell cars in China. It's only lines of business are Fiat's operations there which include parts, engines, cars, vans, and trucks with a number of partners.

The move to apologize for a benign ad using an innocent child, is hardly a sign of a company showing any "power to be different," rather a sign of an outdated philosophy of selling principles for economic gain with a more appropriate tag line being "power to sell out."