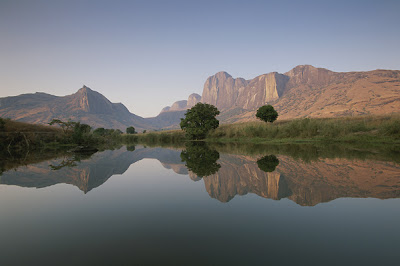 The government of France is making some strong sustainable strides thousands of miles beyond its borders, helping protect wildlife and entire eco systems in Madagascar. The effort is driven by a debt-for-nature swap agreement, the largest in Madagascar’s history. The agreement was signed yesterday between the Government of Madagascar and the Government of France, allocating an impressive $20 million+ (13 million Euros) to preserve Madagascar’s rich biodiversity. Such debt-for-nature swaps are designed to free up resources in debtor countries for much needed conservation activities.

“This initiative is an excellent example of innovative financing for sustainable development,” said Nanie Ratsifandrihamanana, acting regional representative for WWF in Madagascar. “Increasing funding to the endowment of the Foundation for Protected Areas and Biodiversity means support for the protected areas' recurrent costs will be available long term. Stable and predictable revenues are critical to win the battle against deforestation and biodiversity loss in Madagascar.”

The agreement is part of Madagascar’s ambitious national effort, pledged by President Ravalomanana, to triple the size of the country’s protected areas. The funds will be managed through the Foundation for Protected Areas and Biodiversity—a conservation trust fund established by WWF, Conservation International and the Government of Madagascar to support the country’s distinct ecosystems and extraordinary wildlife. With this agreement, the fund has reached its endowment target of $50 million.

Madagascar is an extraordinary corner of our planet where an amazing 98 percent of Madagascar’s land mammals, 92 percent of its reptiles, and 80 percent of its plants are found nowhere else on earth. In addition, Madagascar’s ecosystems provide essential services that support local communities and an array of economic activities, a critical consideration as some 70 percent of its population lives below the poverty line.

This historic agreement demonstrates the commitment of both the French and Malagasy governments to protect biodiversity in Madagascar and serves as a prime example of a debt-for-nature swap success that other nations can follow.