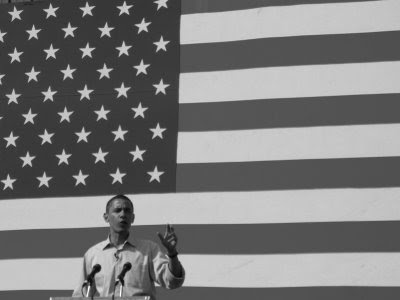 --Op-Ed--
For millions of American's Senator Obama is not only the answer for change, but also a symbol of a "New America." Many compare him to the likes of young Kennedy - handsome, articulate and inspirational he combines a young gun sensibility with an old world charm. But along with his pizazz and big promises, Obama has also brought the racial issue to the forefront, so they say. But I wonder, is race really what he brought to the forefront, or is it our psycho spiritual shift in relation to race as a nation ? Is it really about him being the black man running for office, or is it about our changing values on race running for office ? Who won - him or us?

The reason Reverend Wright scandal blew over was not so much about Obama's big speech in front of a sea of American flags, as it was that Wright spoke about a nation and a perspective on America that the masses don't buy into anymore. His ideas are as outdated as the ideas of the old white south. Pop/Mass culture is most telling of where we are at as a nation, and one glance at that and one can see that Wright's small ideas stunk of irrelevancy and had no hope of making any significant dent in Obama's run.

Our Internet, television, radio, print and movie theater's spread images and messages that have left racism behind and instead are marketing and promoting black and multi-racial culture. Thousands of young boys and girls emulate black sports figures, music idols and actors. A generation has been raised with a cultural legacy celebrating great black writers, politicians and activists of today and yesteryear. Millions listen to Oprah as a "go to" authority on everything from literature to personal growth. We cried with Halle Berry on her Oscar win - like she won it for all of us. There is no shortage of places to look and listen to see evidence of our psychic shift when it comes to race.

For youth culture in particular Wrights message was simply empty. Not only is America's youth not celebrating racism, but for many white youth, black culture has become something to envy and emulate. From fashion to jargon to countless social stylings of their non-white peers, white kids and teens see black culture as a source of inspiration. And marketers have caught on the power of black America - banking billions on their power in this nation, not only within their own community, but within the white community as well.

America on a mass cultural level has abandoned racism and instead has embraced the core of its spirit creating a sort of racial soup, where the flavors of white and black culture fuse to create a whole new flavor of cultural identity. Reverand Wright represented an old world thinking that none of Obama's "New America" supporters buy into.

Although systemic inequalities for black America still exist - from economic, to educational to even certain human rights issues as they pertain to equality issues in our justice system, the social psyche of the nation has shifted. The intolerance that pervades in society now, is not one towards black America - but one towards hatred, injustice, and small mindedness. We have grown as a nation and as a people - and time has had its hand on our values, and for that we are better.

Like all social change it trickles from the top down - the sentiment of the nation defines the particulars of the system; the weight of the masses breaks down the weakness of the system. I believe that we are at that point, and perhaps Obama simply represented the state of our self perception in this place in time. Perhaps - his popularity and his win had more to do with us...then it did with him.