The Roar of Self Expression:
Motherhood Beyond Boundaries 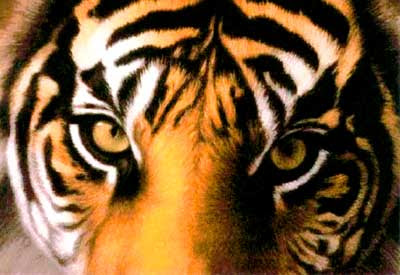 Stand up. Raise your voice. Celebrate your womanhood. Grow into your potential. Be authentic. Decide your destiny. Become the person you were always meant to be. Most of all, teach your daughters to roar.

As mothers we are the fettered breed -- whether by choice or by accident, we become the caregivers to a future generation. Babies are born. They suckle. Our silent messages and hopes, dreams, and aspirations all pour though us, into the future of our children...and for all too many we are left dry - nothing left for ourselves.

As much as a child becomes the personality he or she was always meant to be, (s)he is also framed and formed by the attitudes of the surrounding society. Terrorists are not born terrorists. They are taught to find that path. Somewhere in the beginning, they are just unformed little boys and girls with personality traits tending either toward valiance or cowardice. The farmer does not know how to farm; only that he or she loves animals. The poet, the business person, the doctor, all have unique characteristics that suit them to their path, but their path is also shaped by what the world in all its previous experience teaches them. It's unavoidable.

Girls, although genetically designed to be mothers, are not taught the fullness of what that offers; but instead the limitations of the role, that society has placed upon them. On TV screens, in books and on billboards the message for moms is almost entirely defined by what they do as a mother versus who you are. Mom become more a thing of function then a being, a means to an end. Girls are left with half baked ideas and idealism, that leaves them with no practical thinking nor role models on what it means to be a complete being who is also a mother.

Motherhood is not simply about putting on the white shirt and black tie of the fifties IBM Father, or the white coat of the doctor. We aren’t talking about an outfit that one simply puts on and takes off at the end of 10, 20 or 30 years. We’re talking about a subtle tradition that has been passed down since the days of the Bible. We’re talking about the identity we assign to the personalities of our female population, that not only decides the future of each daughter who becomes a mother, but also her daughters, daughters. I should know. I am one of those daughters.

The suffragettes, Betty Friedan, Gloria Steinem and many other great innovators, teachers and rebels who fought and celebrated womanhood - those who paved the way for voting, education, financial freedom, and general personal power, their legacy lives strong. But alongside this extraordinary legacy is the hard truth that millions of us are still not women for ourselves. We are not even women for our daughters. We are women for our boyfriends, husbands, and partners. We define ourselves through their eyes, and not ours. We primp, pose, fluff, and dummy down, in the face of tradition.

I cannot tell you the number of empowered, fabulous women of the world, that I have met some with husbands, some without, who stay at home to raise the children, and then make themselves small within the home by giving up passions, dreams, desires and a sense of accountability to themselves. They do this with best intentions for the sake of love, partnership, parenthood and peace. But in the wake of all this noble posturing, they "throw themselves under the truck."

One of the first things we must do is talk about the reality of those situations without romanticizing them. We must look at the blessings of motherhood alongside what is sacrificed, and do so guilt free. We must stop worshiping at the alter of sacred motherhood, so we can look at the mechanics of the whole thing. We must also, in the process, ask ourselves what we lose in every woman that loses a part of herself, and not treat this phenomena as "par for the course."

My hope is that this subject will eventually interest no one; motherhood will offer as much opportunity for women to be self expressed as it does for their male counterparts. Mothers will not have to give up themselves to embrace parenting - it will cease to operate out of such scarcity. I believe someday that my daughters, daughters, daughter will be living loud, living full and living powerfully as women and mothers.

I see a future that is fertile with promise. One where we both sexes are truly and compassionately equal, not the same, not androgynous, not feminine or masculine or even worse, completely devoid of sex. This future will promise women the opportunity to be fullest, most complete potential of themselves. This image will be as imprinted on their psyche and on the social psyche as June Cleaver has been on ours. A woman owes herself the chance to see her biggest, boldest self reflected in this giant pool of humanity.

That is why I’m asking you to start early. Start now. Start LOUD...and teach your daughters to see the possibility of who they want to be, to honor their spirit and celebrate their faith in themselves. And remind them always to live life out loud, fearless and most of all to ROAR !

Joy Rose is a contributing columnist on The Lohasian. Her column "Living Loud With Joy Rose" explores self development ideas and tools meant to inspire and mobilize women to create an extraordinary life. Joy is the Founder and President of The Motherhood Foundation and Mamapalooza; a multi platform event, music production and entertainment development company that specializes in creating media brands to empower mothers and other women nationwide. Mamapalooza's unique message reaches an estimated five million consumers each year.