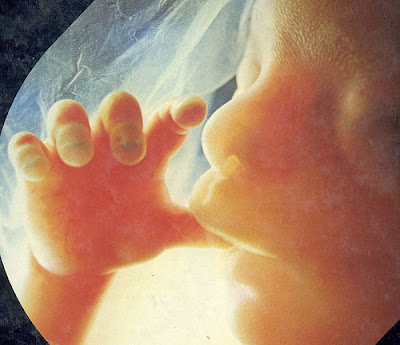 --body + mind + spirit--
It is to no ones surprise that feeding kids junk food creates a lifetime of poor eating habits while increasing the risk of poor health in later years. But what is surprising is a new study that links the impact of what our kids consume prior to birth, in utero, as having a strong impact long term.

A new study by the Royal Veterinary College and London's Wellcome Trust, tested the offspring of rats fed the equivalent of human junk food; processed food with high levels of fat. The study found that those same sweet little rodents grew up into big fat and unhealthy adolescent rats with high levels of fat in the bloodstream and even fat around major organs. You might be wondering "but what do I actually have in common with a rat?" Well, according to scientists - far more than you might want to believe.

"Humans share a number of fundamental biological systems with rats, so there is good reason to assume the effects we see in rats may be repeated in humans." said Professor Neil Stickland, a researcher with the project. Stickland, said there was no reason why the same principles should not apply to humans, and even cited several similar studies linking the weight of parents with that of their kids.

"We always say: 'You are what you eat', but in fact it may also be true that you are what your mother ate." said Dr Stephanie Bayol, another researcher with the project. "It seems that a mother's diet whilst pregnant and breastfeeding is very important for the long-term health of her child." she continued.

Of particular concern with the recent findings was how fat was gathering around the major organs, which has been implicated specifically in the development of type II diabetes. The rats with unhealthy mothers were more likely to have this, even if they were weaned off the junk food diet. However, another interesting twist was how gender based the results were. There were interesting differences between the sexes, with the male offspring of unhealthy mothers having higher levels of insulin and normal blood sugar, while the reverse was true of females, who also tended to be fatter.

Dr Pat Goodwin, from the Wellcome Trust, said that the study supported the growing evidence that there were many different risk factors which could contribute to someone becoming overweight.

She said: "Pregnancy can be a difficult time for many mothers, but it is important that they are aware that what they eat may affect their offspring."

The new findings certainly provide some important and nutritious food for thought... for all those moms reaching for that additional bowl of ice cream (and pickles)!