The Real Worth of Your Life...
The EPA Has Got it Figured 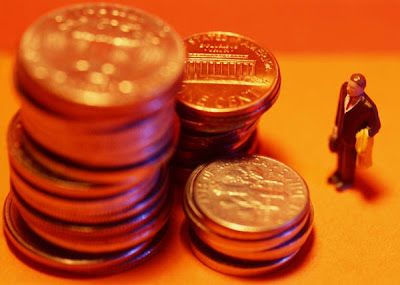 --Op-Ed--
When one thinks of how one values their own life, images of one's children, spouse, parents, friends and extended network of communities pop up in ones mind. We value ourselves generally on the impact we have on others and the sense of self worth that we maintain. It seems unimaginable to try to actually calculate a financial figure to a matter as precious as life, by most perceived as priceless. But it seems that bureaucrats disagree.

It appears, the EPA actually has a financial value on our lives - backed by a very basic mathematical calculation. This I discovered recently in a post on "Beyond Pesticides:"

"According to calculations by the Associated Press (AP), the Environmental Protection Agency’s (EPA) “value of a statistical life” is $6.9 million in today’s dollars, a drop of nearly $1 million from just five years ago. The AP discovered the change after a review of cost-benefit analyses over more than a dozen years.According to the federal government, the statistical value of a human life is calculated in the following manner. Suppose a new pesticide regulation reduces the annual risk of dying from cancer by 0.00001. In a population of 100 million, the regulation is expected, in a statistical sense, to result in 1000 fewer deaths from that cancer risk each year. If each person in that population of 1 million is willing to pay 7 cents a year for the reduction in mortality risks, $7 million is said to be the value of a statistical life (VSL)."

I found this startling on countless levels. First off - how in God's name did we start valuing our lives based on how much we are willing to spend ? And does it therefore mean that those of us who can afford to spend more on saving are lives are ultimately worth more ? One economist agrees,

“As people become more affluent, the value of statistical lives go up as well. It has to.” said Vanderbilt University’s Kip Viscusi, Ph.D.

A second study found our lives worth even less (more good news). This study, conducted by Laura Taylor, Ph.D. of North Carolina State University, valued a statistical human life between $2 million and $3.3 million. Dr. Taylor’s figure said that the figure was lower because it emphasized differences in pay for various risky jobs, not just risky industries as a whole.

What also struck me is just how simple minded the whole analyses seemed - beyond it being outrageously morally bankrupt. How can one estimate the statistical vale of human life only on the amount that life is willing to pay to stay alive ? Where are the figures that take into account the loss of labor, cost of additional childcare, social services support for family faced with a members loss of life etc etc. How can you actually even calculate this figure with so many "hidden profits and losses ?" Not only are these types of analyses simply "wrong" - they also are utterly meaningless. Just wondering - whose salary are we paying who was running these numbers ?! And how much did that cost us ?