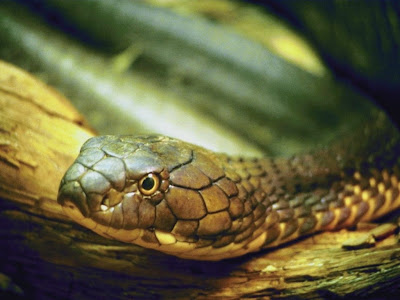 --Feature: "The Wisdom Keepers of the World w/Bettina Gordon"--

The desert wind had died, as had the rain. The scent of sage traveled from the nearby mesa leaving a seductive trail for the senses. The distinct aroma of the dusty New Mexican earth pounded by raindrops consumed the air. It was quiet outside after the rain, except for a rustling I noticed in the nearby bushes. I wonder to myself, that I hope it’s not a snake.

We gathered in a small cabin, huddled around an old woman with long white hair done up in braids. Two long traditional braids flowed down over her shoulders, as a third one decorated with a feather to signify her status as a Warrior Woman of the Apache People completed the look. The feathered braid showed the world that she had gone through the ancient warrior training of her tribe. It tells outsiders they better not “mess with her. “

Warrior Woman Oh Shinnah Fast Wolf is a revered Native American elder and spiritual teacher. Once a year, she and her most trusted students, Deep Arrow Woman and Bright Owl, lead non-native people on The Journey of the Waters, a 10 day sojourn of healing and purification. For centuries the Apache people have taken this journey to better their lives and utilize the natural world – rivers, lakes, hot springs – for their healing and personal transformation. Now it was our turn, and my turn to learn from this ancient custom. That night I would experience my very first truly authentic Native American ceremony in the hot pool of Ojo Caliente. It would be from that night - that my life would be nothing short of transformed.

As the journey began that night, I noticed Oh Shinnah focusing in on me. I shared with the group how snakes plagued me in my dreams, unexpectedly drawing her attention. Oh Shinnah looks intensely at me and said:

“Have you ever thought that snakes are your allies, your friends?”

“What do you mean?” I asked

“Snakes are a symbol for rebirth and rejuvenation,” she continued, “Since they come to you often in your dreams, they might be your allies for this journey of transformation you are on now.”

“I think tomorrow morning you should go up to the mesa and look for a rattlesnake. Sit with the rattlesnake and communicate with it. The snake might have a message for you.”
Rattlesnake? Message? Is she crazy?… Then I see the third braid…

The next morning I was up and looking for rattle snakes. I found none ( frankly to my great relief). But many moons later, in a far less mystical setting, I believe I finally had that profound snack experience of which Oh Shinnah spoke. It was the Meatpacking district of New York and it was about 1:40 AM. I spotted a rather strange character who piqued my interest; a man carrying a python in the middle of downtown New York City – a strange scene even in this eccentric city. He wrapped the animal around my neck for which I paid him for the privilege. Photo with python: Five dollars. Three minutes extra time with python: 10 dollars. Knowing in that moment that somehow I was permanently changed - priceless.

The Journey of the Waters marked my initiation into ancient wisdom. Up to this point I only believed in “hard facts,” numbers and things I could see with my own eyes. After the Journey of the Waters my consciousness was expanded and my reality redefined. I brought back to NYC the tools and teachings I had learned and put them to use to enrich my life. Now it is my privilege to share these tools with the Lohasian readers.

Starting in September, I will write about the Wisdom Keepers of the World™ and the old traditions these wise people have preserved. And, most importantly, how their knowledge can assist us modern people.


Bettina looted her bank account to produce the DVD “All is Made Beautiful – Native American Traditions with Oh Shinnah Fast Wolf”, because she believes we cannot afford to lose this invaluable knowledge the wisdom keepers carry. The film launches nationwide in September, but Lohasian readers can preview Oh Shinna’s wisdom at the Wisdom Keepers Site