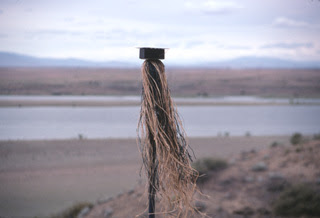 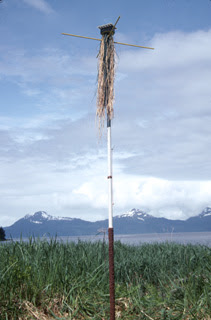 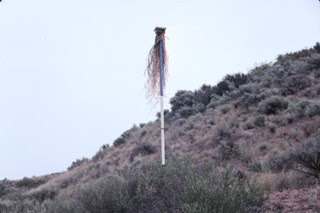 --Feature: "Inside the Green Museum"--

The beginning of this article could read like a self-help ad. "Do you ever feel overwhelmed? Insignificant? Distraught and helpless, a victim of worldwide environmental negligence and catastrophe?"

If this were a self-help ad or infomercial, now would be the part where I would write "Then try Dennis Summer's Crying Posts!"

But not only is that totally unfunny, it misses the point entirely.

The fact is, there is a lot of truly horrific and depressing stuff happening out there, to us and the planet. There's no joke you can write about Bhopal, or the Exxon Valdez spill, not after learning a bit about the experience of people who lived through them. There's no joke for it because the reality of it sits in your stomach like a cold hard rock. For the most part the victims of these types of disasters are still suffering the physical and emotional aftermath.

Summers sought to address this with his Crying Posts. They are not magic wands; they are not government grants or scientific advances in pollution cleanup; they are solar-powered tall sticks that cry. Audibly.

For communities that feel they have been suffering in silence, this kind of recognition can be important. If this were a self-help ad, I might describe it as one of the seven stages of mourning, or recovery, or some made up-system. But plain and simple, it's an acknowledgement of the trauma these places and people have gone through.

Summers has planted posts all over the world at sites of ecological disaster and strife. He's planted posts where trees fell and lives decimated. In some cases the posts seem to stand alone afterwards: in some, they became community gathering points. His aim is to create a global network of sites of pain, emphasizing anguish as a catalyst for change. The posts may not cure for the world's ailments, but they might help us get through them.

"Inside the Green Museum" is written by Moe Beitiks who is the Blog Editor for greenmuseum.org. She is also a writer, gardener, artist and biofuel lackey living in Oakland, California.